I often discussed about the idea to enlarge the peninsula in such a way the track radius would be broader for better appearance. It was also hinted the river scenery would get also some more inches. 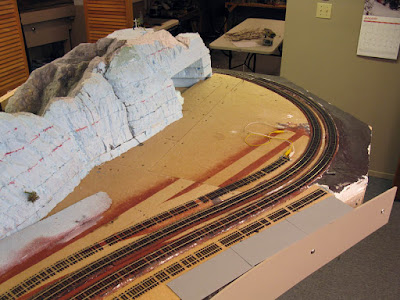 In the end, changing the radius was a no go as it involved a lot of efforts but very little reward. Worst, it was eating up precious space in the aisles. I don't consider cramping the place with the layout will make it more interesting in the end. 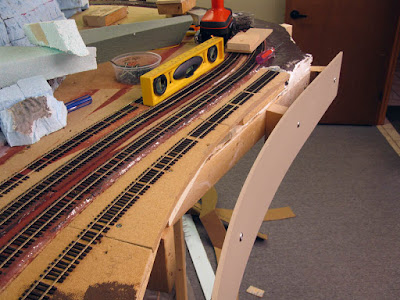 But it doesn't mean we were against improving the area. In fact, while determining the fascia location this week, we decided to bump the river width by 3 inches. It's not a lot, but just enough to make the river scene more realistic. It will also help to frame better pictures. 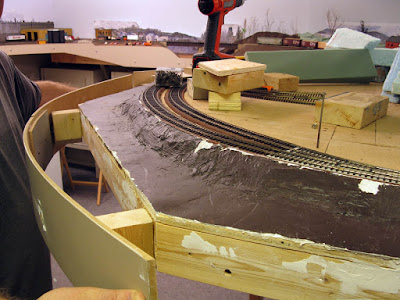 A good side effect of this decision is the track now looks as a part of a large scenic unit instead of dominating it.
Posted by Matthieu Lachance at 4:43 PM