Rise and Fall of a Weighing Station

Have you everdone done something according to the book, with lots of precision, only to find out the entire process was flawed by a single mistake done when starting? It happened to me last Friday. 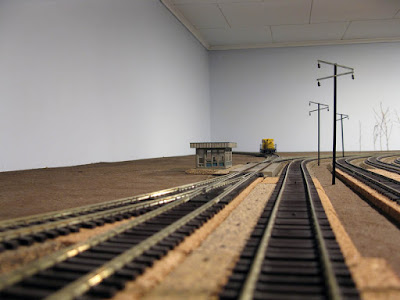 At the club layout, we tested the weighing station and it worked nice. Boulder Engineering did a very neat job with this little piece of electronic.

Jérôme drilled the benchwork and installed the track scales in place and made a raised platform for the small office. 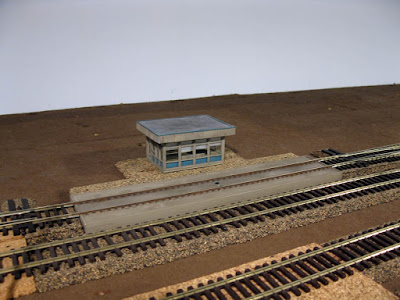 Louis-Marie worked out the electronics and wiring, but also made the MDF support under the fascia. So far, everything worked fine and it was time to add the infrared detector which was easy as one-two-three. 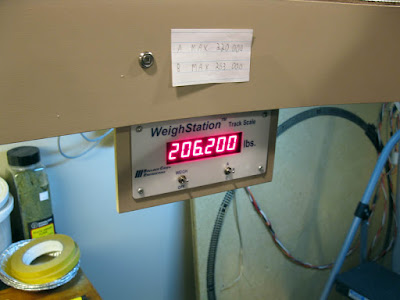 The result was excellent and then setting the car weight ranges on the station. Jérome carefully documented our cement hoppers maximum loading limit. We were able to get two categories: small slabside hoppers from the 50s and larger modern cylindrical and pressure cement cars. 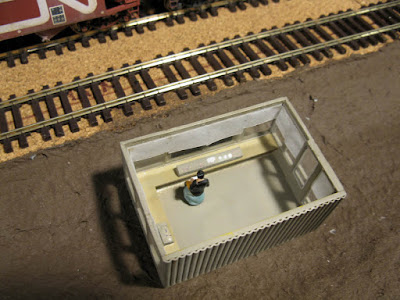 The final touch was adding a figure of a seated man inside the small office. I'm not a fan of scale figures, but this time, it really bring life to this aquarium. I'll have to shorten the sunshade, repaint the figure and add a chair. 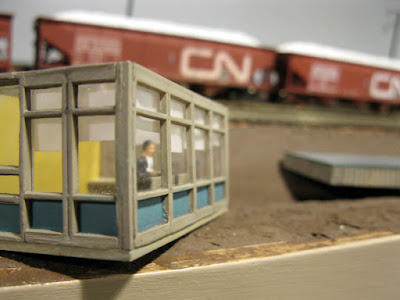 Time to weigh a few cars... 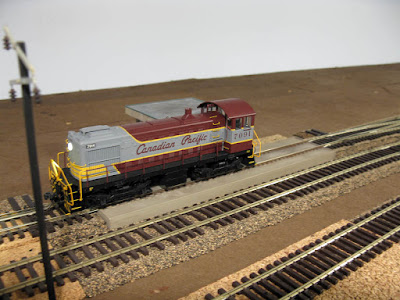 The first car rolled and was weighed accordinglt... then we pulled the second car. Nothing! Just nothing. It was long before we found out the detector was aligned with the cars' knuckles and couldn't detect the gap between the car. Thus, the weighing station considered the whole train as a single car! 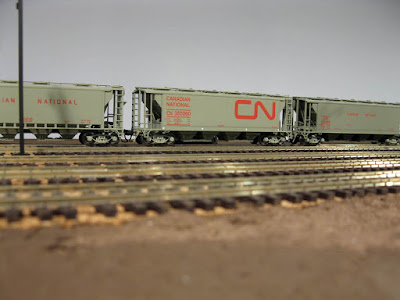 What happened? I followed the infrared detector instructions which documented a generic situation when detecting a train take priority over detecting individual cars (exemple: a crossing). We did some test and the best location for a weighing station is outside the rail to get rid of the couplers' interference.

Lesson learned? Don't read carefully the instruction once, but twice.

Now, I'll have to drill new holes and hide the scar I made on the concrete pad! Live and learn isn't it!
Posted by Matthieu Lachance at 5:00 AM