Before our building session yesterday, we played a little scenario involving limited rolling stock but enough to last at least a good 45 minutes.

Action start at D'Estimauville when a set of for cars are left by Limoilou switcher to be part of an extra train to Villeneuve. Cars include a grader on a flat car, an empty gondola and two empty cement boxcars to be loaded with bagged cement at CSL warehouse. 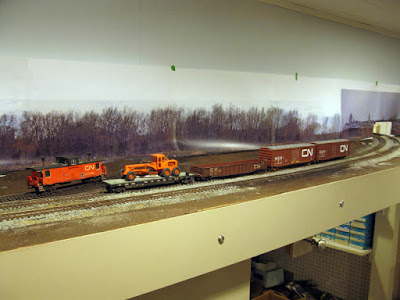 Here's a close up of a breach of security as the grader isn't secured at all on the flat car. Will have to remedy to that someday! 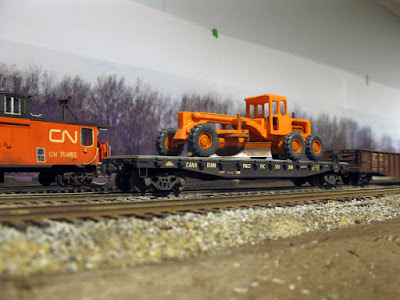 Extra train will be pulled by a single GMD1. It should be enough for such a minimalist freight manifest. 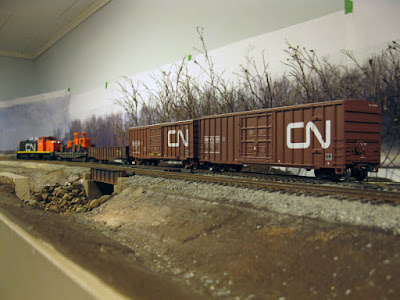 A few minutes later, the train now has a caboose and is ready to leave D'Estimauville as soon as instructed by the dispatcher. 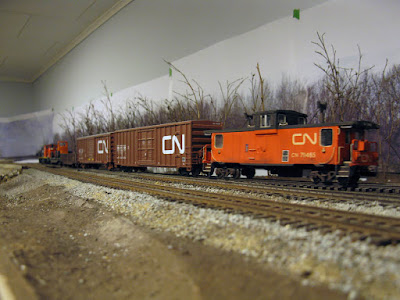 The extra train crosses D'Estimauville Avenue at 15mph even if it looks faster on the picture!

A few minutes later, our train arrives in Villeneuve, taking the siding and ready to start doing it's switching chores. 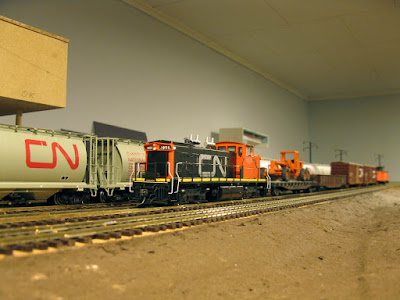 GMD1 performs various moves at the cement plant to spot the cars. It ends up many loaded cement cars are ready to be shipped on the upcoming Limoilou switcher run. 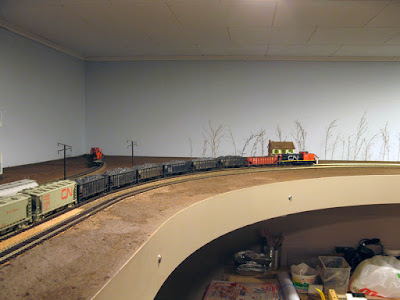 Limoilou switcher's GP9s are now ready to lead a 20 cars train to Quebec City while GMD1 still perform a few extra moves while spotting gypsum hoppers at the conveyor. 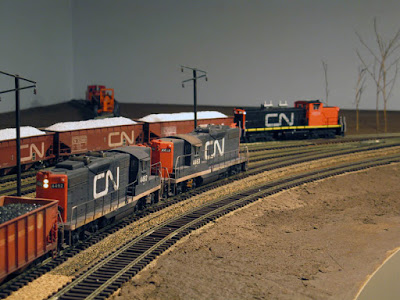 And here ends a typical working afternoon on CN Murray Bay Subvision in the early 1980s.
Posted by Matthieu Lachance at 9:46 AM