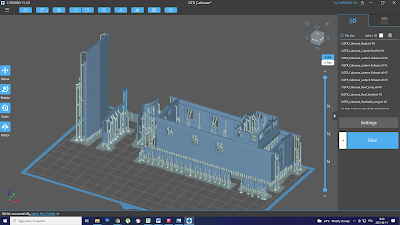 I'm now the proud (?) owner of an Anycubic Photon Mono X 3D printer... Why I say proud with some irony is because these little beast requires a lot of care to operate, but they yield great results for what they are. 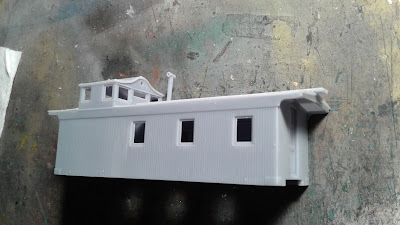 Over the last few days, I refined my original 3D model following advices and examples by Dave Bedard, another Canadian 3D modeller doing a great job with CPR prototypes. I want to thanks him because I was able to better understand how supports work and can enhance the work. Following his example, I broke the model in several parts to ensure better quality prints. Going full monolithic is a recipe for disaster and breaking it doing into a simple but efficient kit is a much better option. 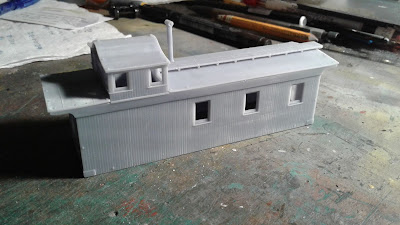 So far, I've completed the upper structure and printed a first test. I can see a few places that can be improved, including grabiron brackets and fitting tolerance between parts. Also, it became quite apparent that modelling some parts true to scale simple means they can hardly be seen. They will need to be slightly scaled up to provide more visual interest. This is a compromise I can live with because what's the deal about details that are barely visible? 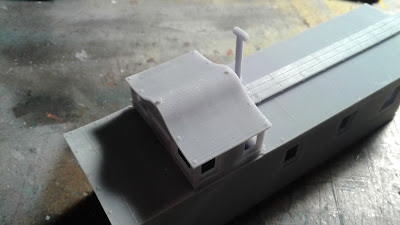 The next big step will be completing the 4 bars archbar trucks and breaking the underframe into printable parts. No idea when it will be done, but I hope soon.
Posted by Matthieu Lachance at 8:53 PM 1 comment:

I've been working on various 3D printing projects since earlier this year. Most of them are geared toward models I need for our layout but that can't be found in kit or RTR versions. However, a few are only whimsical projects of my own because I fancy the prototype to some extent. 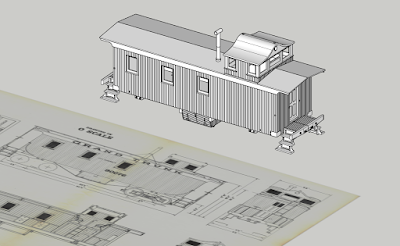 About three weeks ago, I stumbled upon a set of CDS Lettering Grand Trunk Railway caboose dry transfers and purchased them on the spot... $4.00, you can't go wrong. It prompted me to start looking again at pictures of typical Grand Trunk Railway cabooses of the early 20th century. They always caught my eye because of their lovely Bombay-style cupola roof. But the most interesting thing is this specific caboose was quite similar to a very common model of an old time 3-windows caboose once offered by MDC/Roundhouse and now produced by Athearn.

Then I thought, why not design a 3D printed conversion mini-kit... which I started designing right on the spot. Lots of compromises had to be done, but thanks to Clare Gilbert, Roger Chrysler, Steve Lucas and Brian Westhouse, I soon had enough pictures and information to move forward. A friend printed a few tests which showed it was a promising idea. A day later, the artwork for decals was ready too, with custom drawn fonts. 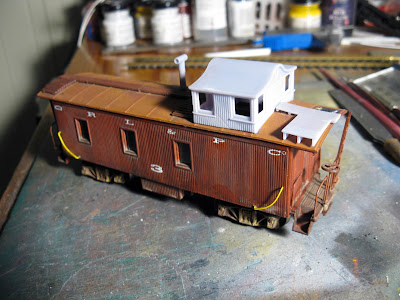 However, it became quickly apparent bashing the Roundhouse caboose would take a lot of time and not look that prototypical. Printing a kit can be costly when you take into account all the related cost, but resin isn't where most of the expenses are. Why not simply make a complete caboose kit like Dave Bedard does on Facebook? For almost the same cost, you can have an accurate model and not just a stand in. 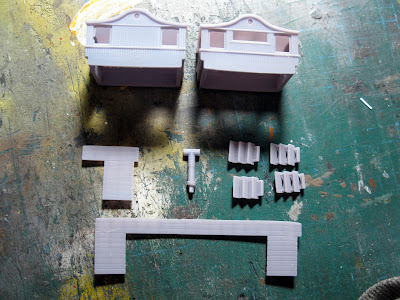 And now I'm at the crossroad. You can't design models if you don't have a printer. You need to test the design, try different orientation and supports to get optimal results. You must also build the kit to find out the issues. This can't be done by relying on others' printer. Thus I decided to acquire a 3D printer. Over the last few months, 3D printing as started to take a more prevalent place in my modelling. Projects that were pipe dreams are now possible. It is no longer required to be hostage of the dwindling detail parts market that is dying off. I often wanted to convert a few of my old steamers in better rendition of Grand Trunk and Intercolonial locomotives. Need a headlight, a dome? No problem. I've been experimenting with this media for 7 years now and it had finally reached the level of quality I wanted. 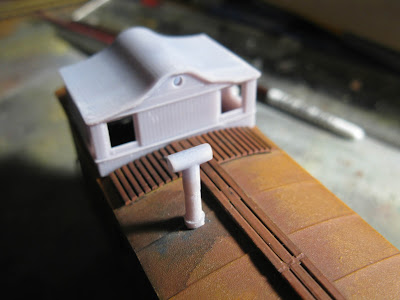 The Grand Trunk caboose kit joins my growing catalog of models, namely the CN Transcona-built 65ft woodchip car, the CN NSC-built woodchip car and the CN 65ft gondola. I have still to figure out how I will produce and market these models, but I have already a few options out there.