After weighting and painting tmy old 60ft Intermountain flatcar, I decided to letter it to represent a Canadian National typical flatcar. The model isn't an exact close match but is fairly similar to many cars ordered by CN during the 70s. 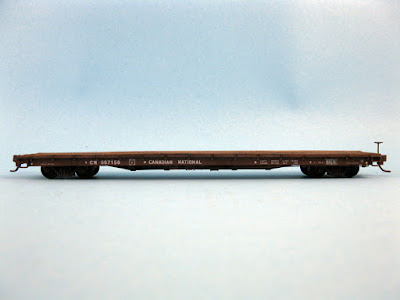 The lettering is a mix of Microscale CN gondola decals and Black Cat CPR flatcar decals. The white dots are handpainted. 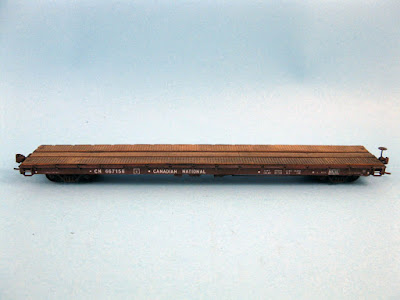 The model was weathered with india ink and alcohol and some acrylic paint washes. I didn't overdo the weathering since the car should be fairly in good shape during our operation era. Anyway, prototype photos don't show them as rust buckets. 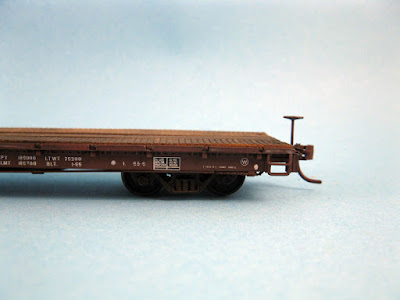 Everything was sealed with a coat of dullcote and AIM weathering powder was applied to the wheel faces, truck and small other details prone to gather dirt. 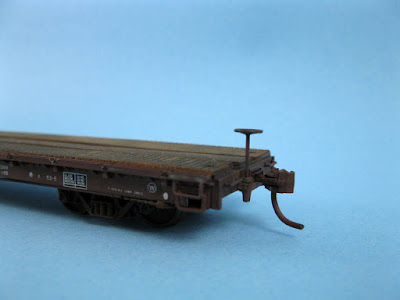 With this car done, I can confidently say our layout now have every car required. It doesn't mean I won't build other cars, but at this point, it is no more a priority. Cars in operation will be improved and weathered according to my fancy.
Posted by Matthieu Lachance at 9:49 AM