Jérôme recently informed me he had pictures of Coop Agrivoix before the wooden grain elevator was torn down in the late 2000s. Looking at them revealed the Coop had a very large sign on it's side which I decided to replicate. 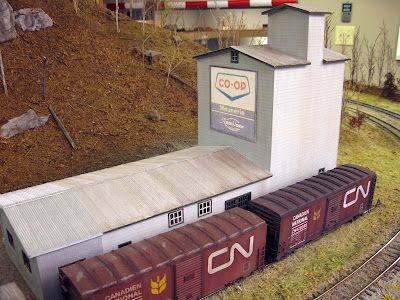 The sign is basically a cropped photograph that was printed on light cardboard. The framing was also printed, cut and glued on the photograph. Another layer of cardboard was added on the back to give more relief and strenght to the sign. 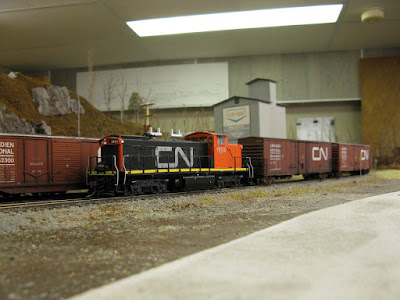 It was then glued on the building, adding another layer of detail to this structure.
Posted by Matthieu Lachance at 6:55 AM