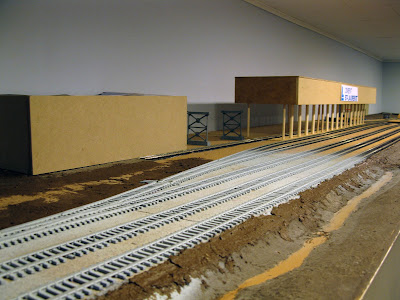 Villeneuve is progressing at a steady pace! Among various chores that had to be done, we raised the landforms around the cement plant and tracks to better match the buried look that could be seen on the prototype. 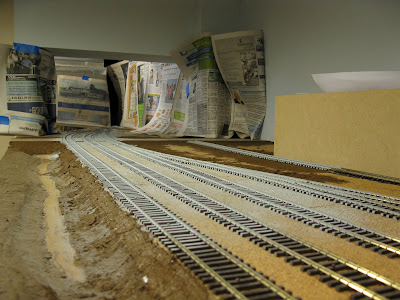 To do so, a new layer of cork sheet was glued down and nailed on the benchwork. This layer of cork is slightly lower than the surrounding cork roadbed to still keep some topography there. 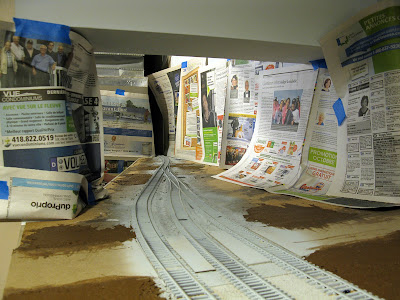 The track was also painted Krylon Limestone Gray. This may sounds absolutely weird, but when the ties are weathered with oil paints and rails painted dark camouflage brown with some weathering powder, the results is quite good. I tested it on a scratch of flextrack beforehand.

As for the cement plant itself, a new 5/8 high MDF base has been made and fitted on the layout. This baseboard will serve as the foundation for the plant and will be removable so we can build and detail the structure on the benchwork.
Posted by Matthieu Lachance at 11:41 AM