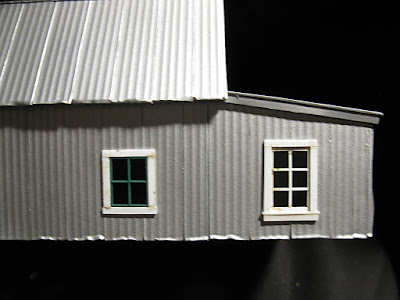 When I started building the small barn in Clermont, I faced a big question. While the structure is entirely scratchbuilt with high level of prototypicalness, the idea of using commercial window castings was in my mind. 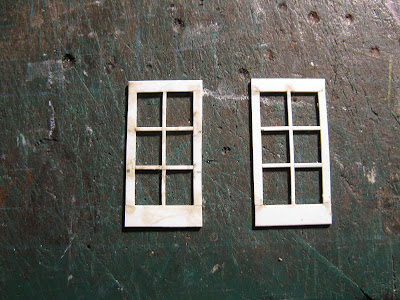 Who in our modern world of available parts would waste hours painstakingly assembly microscopic mullions to obtain exact replica? So, like any good modeller, I took a lot in my junk box, hoping to find something good. Except for one cheap window and a Tichy door, everything else fell short from the real deal. 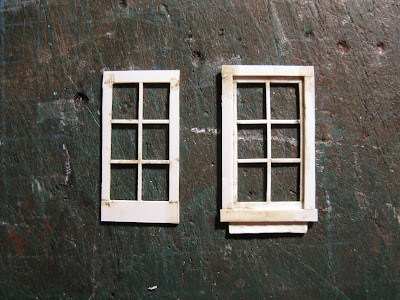 I could have compromised, but this barn is an iconic structure seen on many pictures of Wieland. After so many efforts, it felt a betrayal to use expedients. Also, the barn windows are of a typical 6-panes model quite typical to province of Quebec due to their French original design. A sash window wouldn't have worked. Thus, I reluctantly started to build prototypical windows to maintain a sense of place and time.


It's no surprise the process was in fact less arduous than originally imagined. Certainly, I wouldn't do dozen of them, but three windows were a manageable task. At the end of the day, it was a good call to push the limits further to ensure a good-looking barn. I know I wouldn't have like a toned down commercial approach with this structure in the long run.
Posted by Matthieu Lachance at 8:20 PM