Like many people, I acquired at discount more than a decade ago a President's Choice CNR Hudson trainset with the intended goal to improve it later. And like many of them, I never committed to start this project, having shifted focus on a much more modern era. However, after kitbashing the tender trucks, I had no longer any reason to delay this funny project.

To be honest, I'm not sure I can even consider this project to be prototype modelling nor pure fantasy. It falls in this uncomfortable grey zone where you seek realism while knowing perfectly it isn't the real thing. Lots of compromises have to be done and at the end of the day, it will still be a cheap stand in for real CNR Hudson 5703. However, if the vibe of the prototype do materialize, I'll consider it a success.

The first step consist in kitbashing the horrible Pemko vanderbilt tender. That large coal bunker was oversized because it originally housed a motor. When IHC took over the molds, they didn't care about retooling that unrealistic feature even if they completely changed and improved the drive. 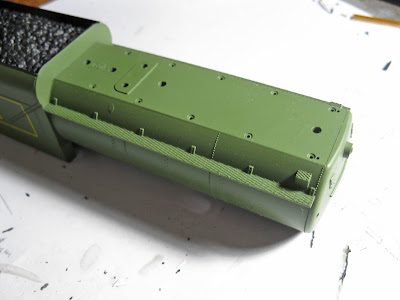 I recently acquired a used President's Choice Bullet Betty CNR 6060 which provided me with another useless tender. Fortunately, the general shape of the real 5703 tender is quite similar to the profile of the old Pemko tooling. It is, however, not long enough. Thus came the idea to remove the coal bunker from both shells and splice them together. A few quick sketches based on CNR drawings and pictures from a Van Hobbies brass locomotive provided a key measurements to make the project a success. 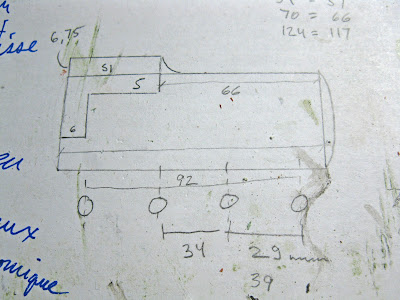 I first started by removing all the extra details on the shell that aren't required, including rivets, walkways, hatches, steps and molded grabirons. Only the basic tank shape will be kept and later, redetailed. At that point, I spliced both shells and let them dry a few days. The tank was then cut to lenght with a jeweler saw. A lot of care was required to make sure every cut was square. Then, I carefully plugged most holes on the top and sanded them flush. In hindsight, I guess I could have kept the original stanchions holes as they where since they fit the prototype location.

The next big step was modifying the tender frame. I quickly found out the rear bolster was in the correct location and kept it as is. A few unwanted details were removed and sanded down. The front bolster and the adjacent frame were cut from the second tender and spliced with the rest of the assembly. I took great care to make sure the original IHC/Mehano screws still aligned so I would get a strong shell assembly than can be disassembled to had a sound decoder later. 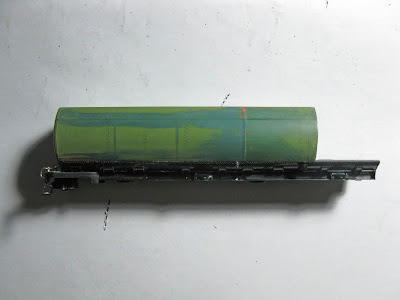 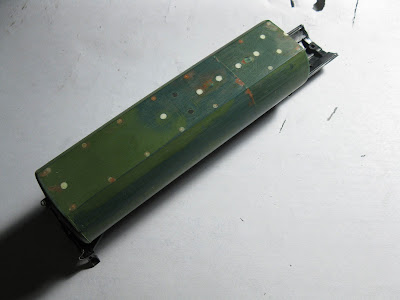 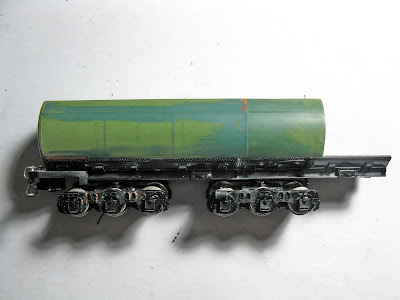 Posted by Matthieu Lachance at 10:08 AM