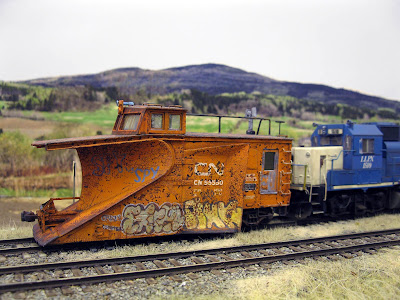 The snow plow is now complete. I remember wanting to do that exact weathering back in 2014 but knowing I had not the skills required and feeling nobody really attempted it in the past. I was left on my own and if now for armour modellers like Night Shift (Martin Kovac), I'm not sure I would have been able to tackle such a complicated weathering project. 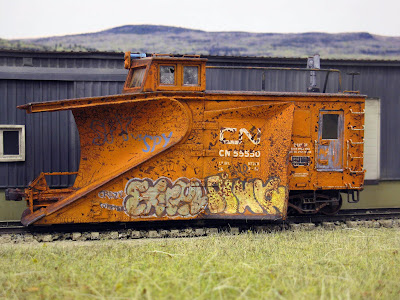 While many steps are well-known techniques, combining them in such a way and using crackle paint as a base was genuinely something I've never seen though I'm pretty sure many modellers have tried it before. Innovation paid off in this case and I'm glad to have reach a level I have enough skills to try my hands at such a project and not feel I'm improvising.If I learned something from Martin Kovac, it's that you don't have to apply an effect and wish it will work: you can work it around until it looks exactly like you want. I certainly hope my efforts will inspire other railway modellers to push the envelope and go see what other modelling communities are doing. You could be surprised how watching a few hours of YouTube videos can change completely decades of work. 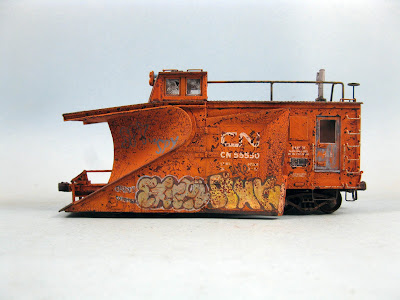 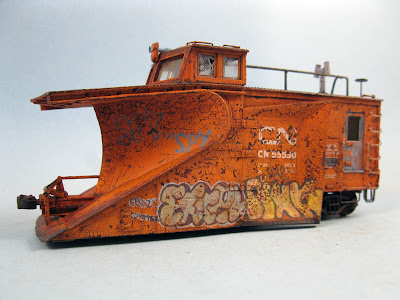 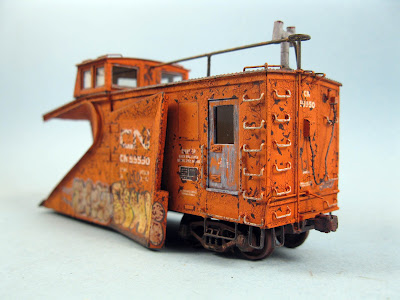 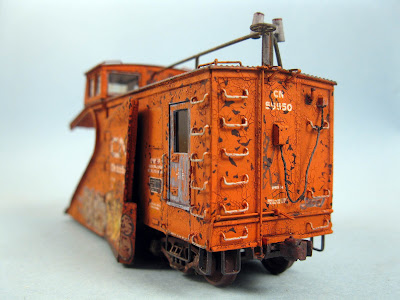 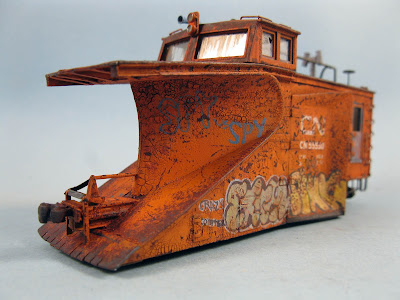 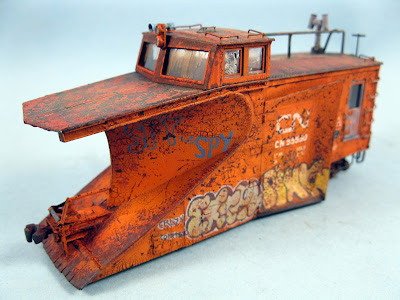 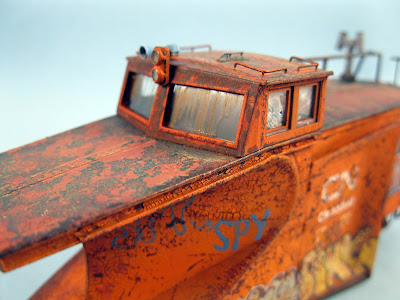 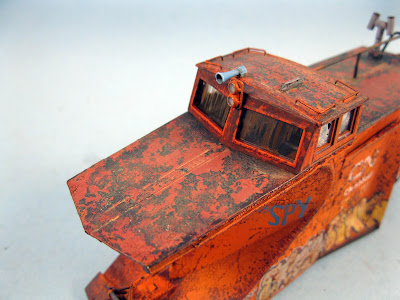 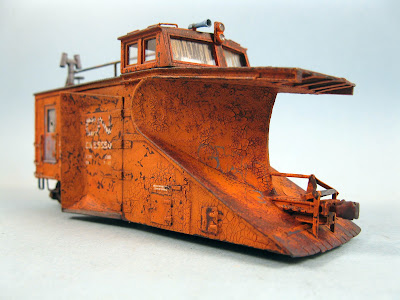 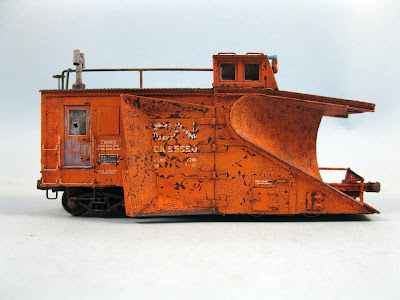 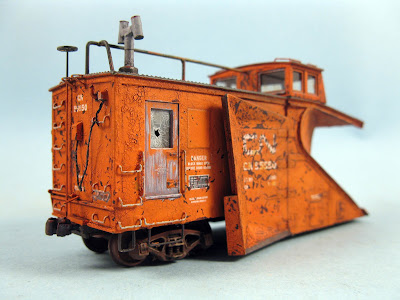 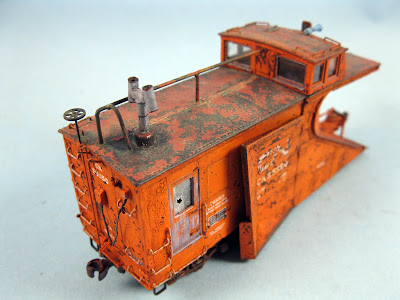 Posted by Matthieu Lachance at 9:02 AM