Finally, A New Backdrop for Wieland

A long overdue task on the layout was completing the photo backdrop installation in Wieland. For years, it was a blank slate of light blue paint that couldn’t provide any sense of place. The photo was printed years ago, but we kind of forgot about installing it. The sky was cut off with a hobby knife to only keep the scenery part of the photo. It was fastened in place using double-faced tape.

I won’t say it’s amazing at this point because a lot of vegetation will have to be added to improve the blending between the 3D elements and the flat 3D picture. However, it certainly adds depth and context to what was basically a shelf with model trains. 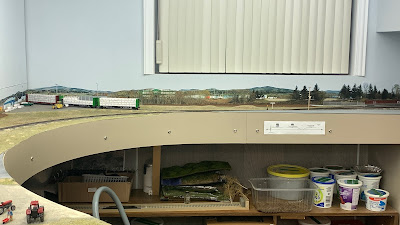 In particular, the General Cable short siding now makes much more sense. You can imagine the siding curving into the woods to reach the aluminium electric cable plant. 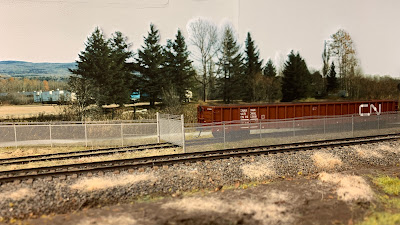 The same can be said of the transloading area which now has greatly improved. The backdrop is full of vehicles and structures that would be hard to translate in model form without looking clumsy. 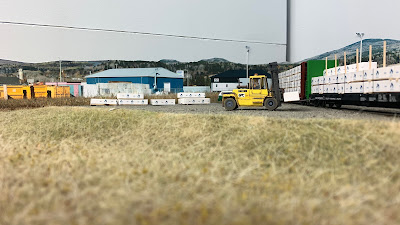 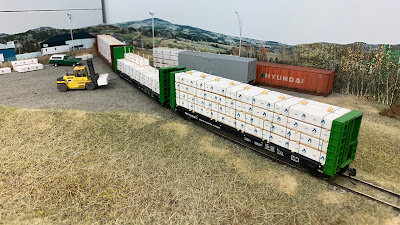 Finally, the Route 138 also doesn’t look half bad from certain angles. Sure, the pavement color is wrong, but this isn’t a scene that is visible under normal circumstances since it’s deep in the alcove. It could be improved though. In my mind the most interesting feature is the dark trees are the same height as the tunnel opening. Having these trees on each side will help to hide that black hole punching through the wall. 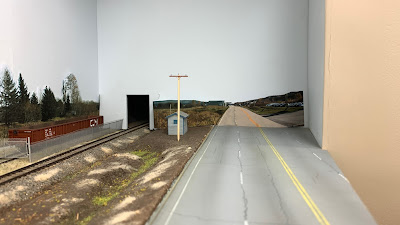 The backdrop isn’t fully glued to the wall yet due to running out of double-faced tape. Also, I’ll need to print a small section of backdrop to complete the scene behind the locomotive shop.

Posted by Matthieu Lachance at 9:20 AM