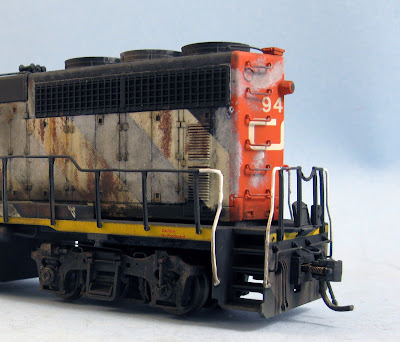 Fall 2018 has been an extremely frustrating time to build our locomotive fleet. DCC issues and wiring plagued most of our projects. Fortunately, some projects went soother and I glad to announce CN 9423 is now officially completed. 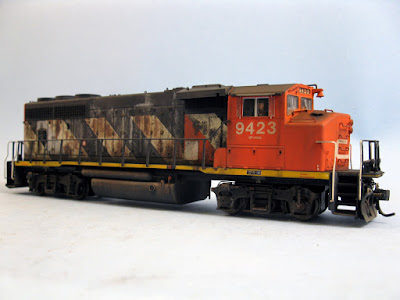 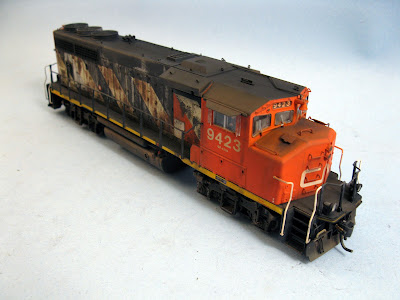 A generous coat of weathering has been added to the Atlas model, making it closer to the real prototype which was a poor mess back in the early 2000s when it ran over Murray Bay Subdivision rails. 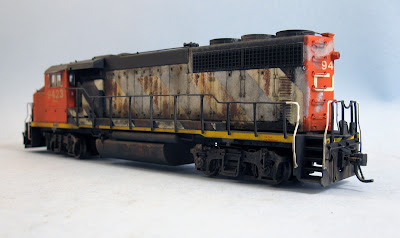 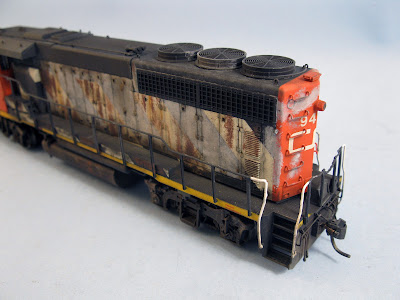 I used my habitual weathering techniques such as oil paints and washes, acrylic paints, PanPastel, weathering powder and several other tricks such as fading, shading and dry brushing. While I'm quite satisfied, I'll note that my peeling/rusting paint effects are a little bit too coarse. I'll have to improve on that, using different methods if I ever want to replicate this interesting effect that was a common occurence on Canadian National locomotives. 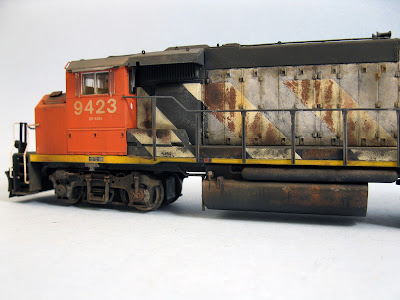 And while I'm not 100% happy with this effect, I'm still quite happy with the result. What was a generic RTR model is now a real locomotive full of character. It earned it souls and this absolutely counts to my eyes. 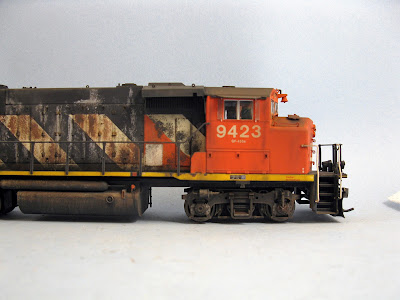 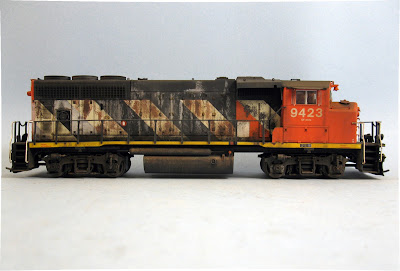 Posted by Matthieu Lachance at 6:41 PM