Today I completed my week-long weathering marathon. The goal was to have all my remaining older 50ft boxcars ready for layout use. The fleet mainly consist of various ribbed boxcars used in newsprint service.

I could have pushed the weathering process a little bit further, but my goal wasn't prize-winning models, but rather to blend together cars that come from various manufacturers. Also, video and picture evidences of CFC show most boxcars in newsprint service weren't rust buckets and generally in good shape. That makes sense since newsprint is generally considered a top commodity in railroading and must be handled with care in good condition rolling stock.

Given my late 1990s and early 2000s operation era, some could argue I should have included some graffiti. At that time, they started to be more common on freight cars, however, I recall not seeing a lot of them back then when railfanning CFC. It would took a few years before it became predominant. I don't feel it would be a wise move to add graffiti and lock my fleet in a very specific time frame.

And now the models. Weathering is a classic mix of fades, washes, oils, acrylics and weathering powders. My procedure is extremely standard and not worth explaining here since I've documented it more than once. The only specific trick I used was selectively spraying some flat areas with a different tone of brown to modulate the main color as it happens so often in real life.

One point I may improve in the future are the roofs. Maybe I was a little to shy to weather them too much. I can foresee some touch up in the future. 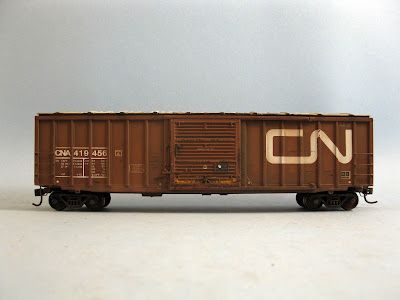 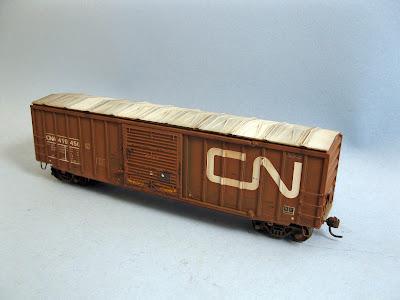 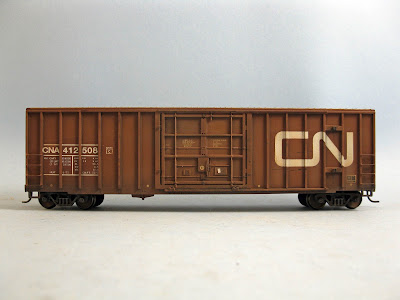 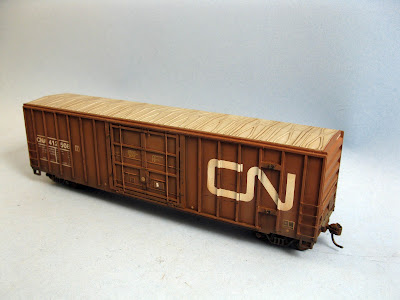 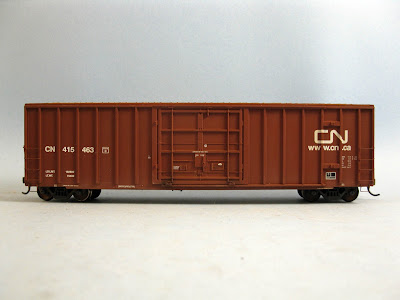 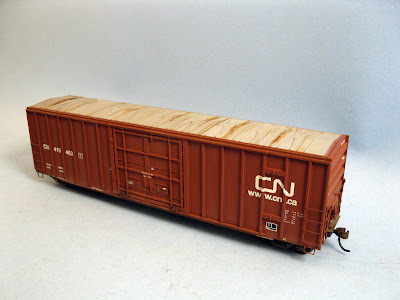 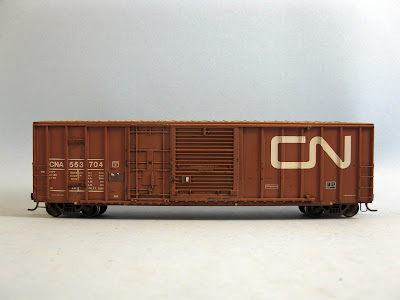 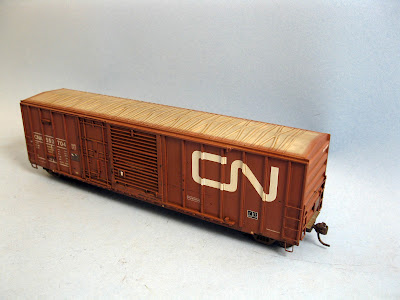 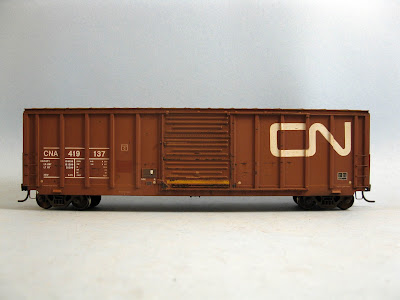 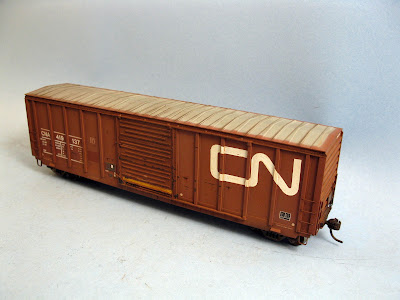 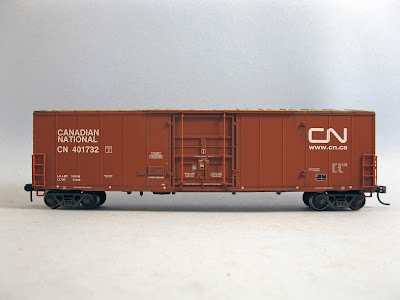 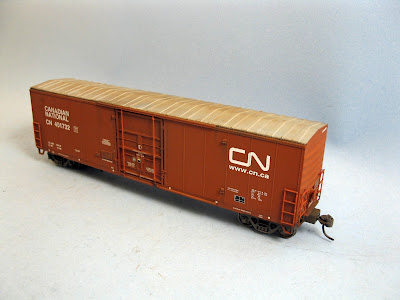 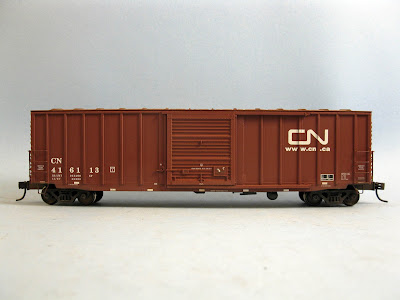 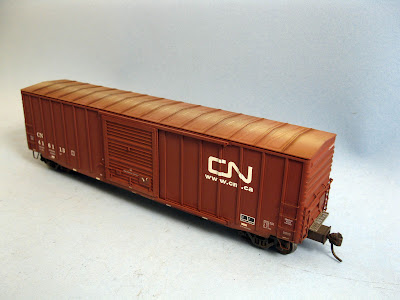 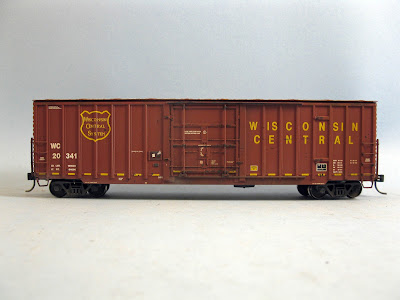 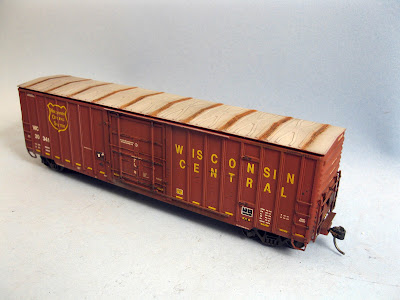 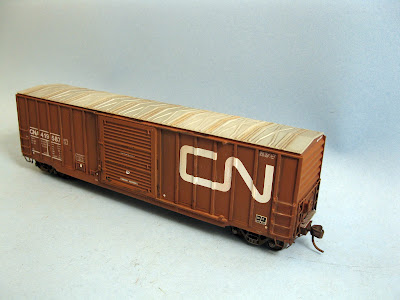 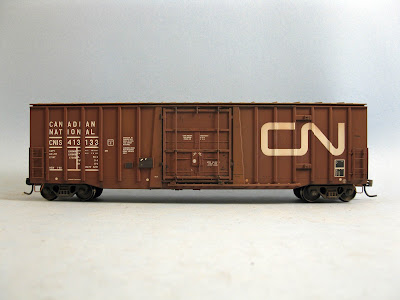 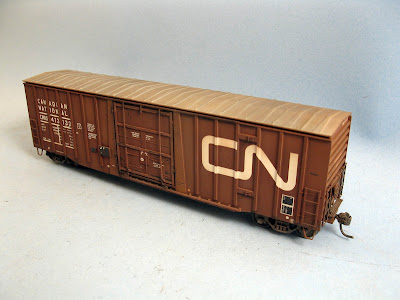 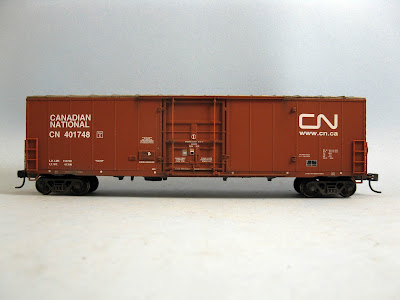 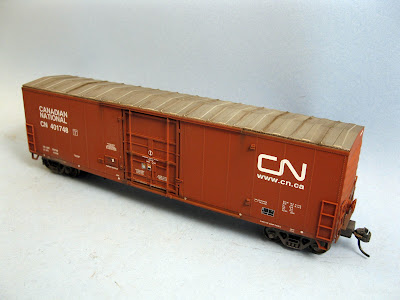 Posted by Matthieu Lachance at 11:28 AM