Racor 31B Switch Stands: A Detail That Makes a Difference

Since high school, I always thought switch stands were among the coolest part of the railway. It may sounds strange, but when you grew up along the CN Murray Bay were sidings were a rarity in the 1990s, it was the most "railroady" thing in the landscape after the bridges et the track itself. The familiar Racor 31B switch stand look was one thing I always wanted to replicate, but failed too. I recall, more than ten years ago, purchasing plastic switch stands which I believed were made by Detail West. They were finely cast in plastic and looked great, but they weren't that great looking.

But since then, many options are available. I first bought the Overland brass switch stand. Nicely done, but pricey and devoid of any target. It wasn't an economical way of doing it. Then their was Osbourne Models laser cut wood version. Not too bad, but wood is wood and I never felt it was a compelling option. After that, there was the Rapido Rail Crew switch machine with switch stand. As with all their models, it is an exquisite replica, but finicky to work with. Also, the price point is in my view over the top and I wasn't too fond of working with photo-etched brass targets that must be soldered to survive operation conditions. 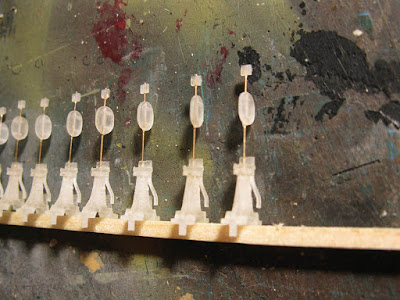 Finally, Steve Hunter via Eastern Model Railroad on Shapeways offered a set of six 3D printed Racor 31B switch stand. They are somewhat less detailed than the Rapido ones, but they shine due to their clever engineering. A single part stand with a brass rod on which you slide the target and/or lamp. Certainly, 3D print had limitation, but Steve's switch stands are quite sturdy, easy to assemble and realistic. He even included the rivets and brackets on the target, something even Rapido didn't bother. 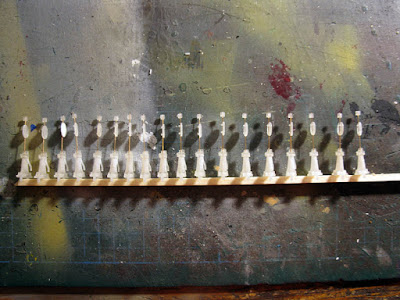 Certainly, there is a trade off since all the components are thicker than they should, but given the price, the quality, look and ease of assembly, I consider this to be the best Racor 31B switch stand on the market if you need dozens of them. In our case, we need about two dozens of them and going the Rapido route would have been both extremely costly and finicky. I preferred to go the safe way given this is not a museum-quality layout, but an operating one. 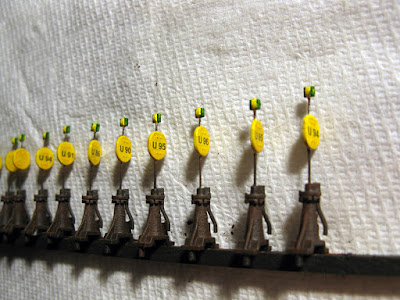 That said, I wish Steve Hunter's product could benefit being molded by injection. If his switch stands were made in plastic, many features could be finer and much more realistic with being structurally sound. They would be on par with Rapido and Detail West products while having a much superior assembly. I know I'm dreaming, but that's fine with me! But not everything is lost and I believe someone could simply sand down the targets a little bit then install new rivets.

Anyway, I'm a happy camper and consider these switch stands to be well worth their value. Once painted and weathered, they look the part and give an unmistakable Canadian National look to any layout out there! Thanks Steve! I rarely vouch for products, but I'm well pleased with this one.

Posted by Matthieu Lachance at 6:21 PM