Before painting track in Villeneuve, we decided yesterday to slightly modify the track arrangement to improve operation. 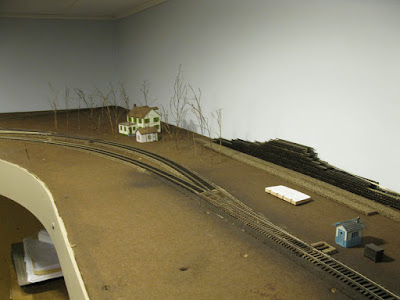 The right yard ladder was a complex assembly of curved turnouts branching off the main line. Worst, it meant the track radius was getting quite sharp there. Also, there was no hierachy in turnout location, so it was always confusing. 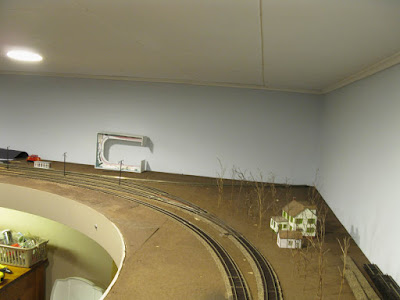 We decided to get rid of every curved turnout on the mainline and only use a large one on a straight stretch of track. We also made room to have enough place for a switcher and 3 cars to make move in the ladder without having t ofoul the main. The prototype did have something similar.

While operation later during the evening, it was evident we did the right thing. 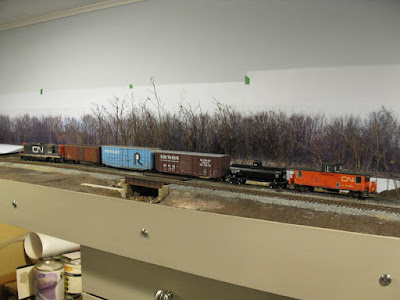 I also took some pictures of my newly weathered cars on the layout. To be noted, the backdrop looks good on my pictures, but in fact, it looks quite ugly in real life. We are seriously thinking about bumping our season from April to May to be able to better handle the scenery with trees with leaves. 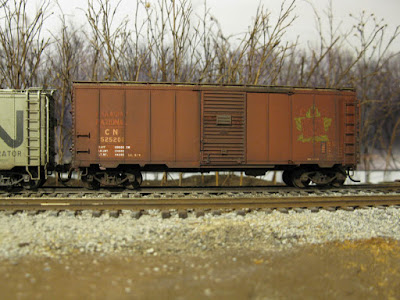 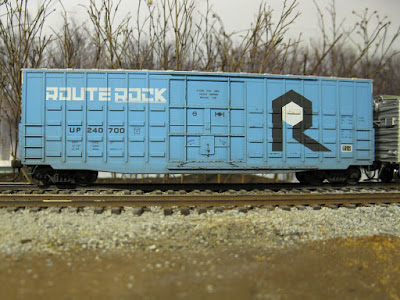 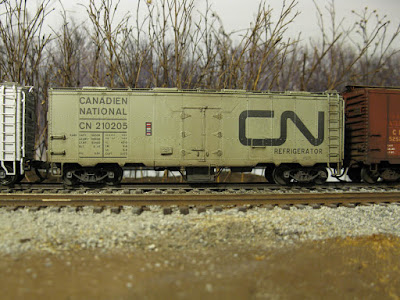 Posted by Matthieu Lachance at 5:25 PM