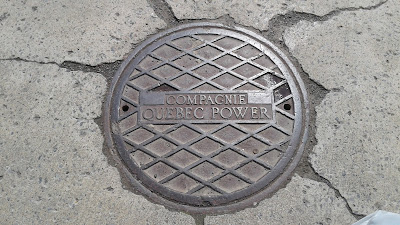 I often lament the disappearance of QRL&PCo-related heritage in Quebec City area. While this is inevitable and I'm coming to term with that, I was quite surprised to discover a 60-years old manhole cover installed by the defunct utility company probably in the early 1960s on Rue Vallière. My estimate is based on the fact the text is French, which was a trend in the 1960s as seen on CN bilingual car lettering. Quebec Power was absorbed in Hydro-Québec by the late-1960s. 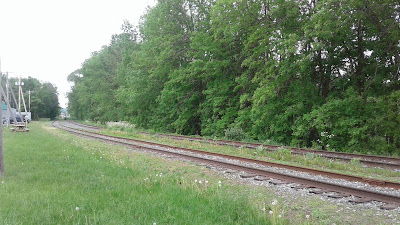 Meanwhile, I walked the bike path up to D'Estimauville to see the state of the track after a long winter. Well, nothing changes here but vegetation do grow. At least, it will be handy for scenery reference. 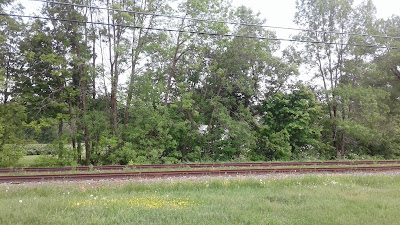 Posted by Matthieu Lachance at 7:23 AM