Some more work today as I built the station roof eaves. It went surprisingly faster than I thought but to be honest, I didn't plan to build it with rafters at first. However, prototype pictures made it clear it would be visually interesting to get that detail right. 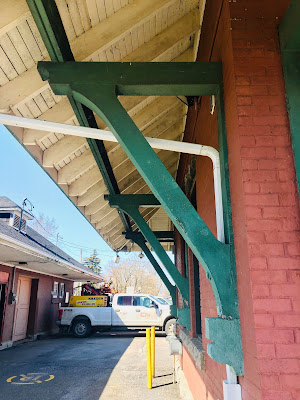 So here I went and made a small jig out of styrene. It has two functions. First, to cut to length and get the right angle for each rafter which is crucial to install a fascia. Second, these is another small slot to square the end just like on the prototype. I could have done a more precise job at building the jig, but live and learn! 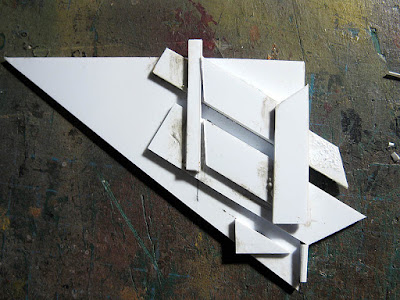 I'm quite satisfied with the general look and look forward to add the roof decking as soon as possible. Later, self-adhesive grey shingles with be applied and windows glued in place after the final weathering. 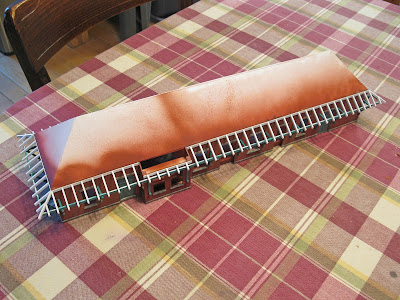 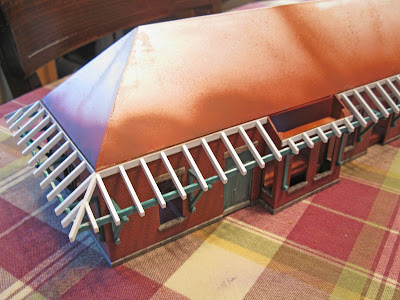 Some people will notice the rafters are slightly out of scale. It is a deliberate choice because I want these elements to be as sturdy as possible as they are likely to get hit more than once when on the layout. Having bulkier rafters makes for stronger glued joints since the bonded surface is now twice bigger. 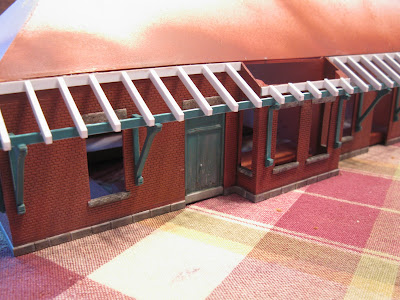 Also, when the fascia will be in place, it won't be noticeable except if you turn the model upside down. This is the kind of trade off you sometimes need to accept so the model can survive on a switching layout. If it was an exhibition model, I would have kept things in scale though. 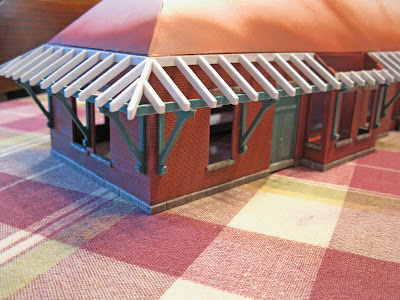 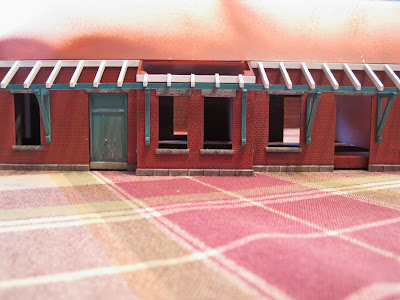 Posted by Matthieu Lachance at 8:10 PM