A Boxcar From The South


I'm actually in the process of upgrading a few older ribbed 50ft boxcars to build up our modern fleet. Among them is a nice Roudhouse Southern boxcar. According to a picture of Dominion Textile from the early 80s, such a very similar car was spotted at this plant. No need to suggest it was probably carrying cotton from Southern United States. 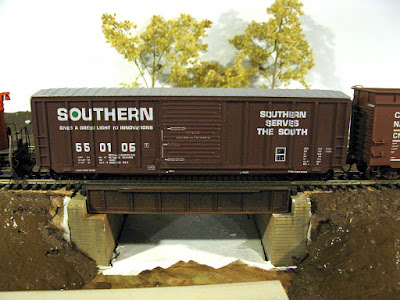 The model was acquired used. It was in good shape, but the previous owner installed an electronic device imitating a FRED (the red flashing beacon replacing caboose on modern trains). Once I removed that device, I ended up with 2 quite large holes in the car shell. Worst, one completely obliterated any brake wheel details. At this point, I didn't feel replacing cast-on details with wire was worth the effort. 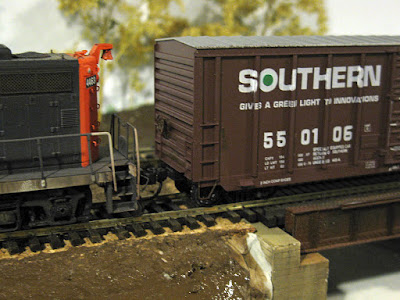 I decided to got the cheap way plugging the holes with styrene sprues. When cut flush, they were lightly sanded and painted with a matching color. A Tichy brake housing and a Kadee brakewheel completed the intervention. Plastic stirrups were replaced with A-Line metal ones. Finally, the roof received a coat of Krylon Metallic Aluminium spray. This particular color has a nice even finish free from unscaled flaking effects often found on metallic finishes. It should weather quite well. 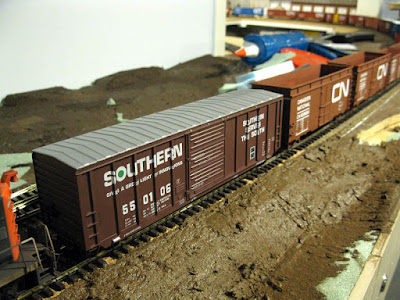 Posted by Matthieu Lachance at 10:06 AM