About one year ago, we moved on in our choice to model a more recent era (early 80s) and try to do a decent job at reproducing key features of CN Murray Bay Subdivision between Quebec City and Clermont. Looking back at what we have accomplished in only one year is enough to convince me it was the right choice for many reasons. 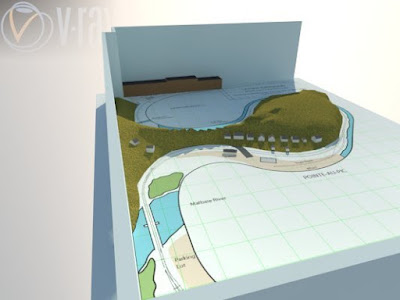 Having reduced our spectrum, we now have a better focus on what require our efforts. At first, cutting back a lot of trackage was received with lots of scepticism from Jérôme. But honestly, when I see him switch the layout once per week, I’m convinced he find more fun for simpler but more prototypical trackage. It is now evident he’s taking more time to do each task, wanting to perform them as best as he can. 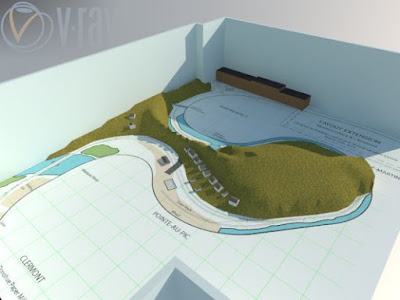 Another key element is my own motivation which was quite low twelve months ago. The lack of focus and realism really bothered me. I can accept compromise, but if I feel they will yield valuable results. There was none back then. The same can be said of Louis-Marie whom motivation into this project sparked in the recent months. 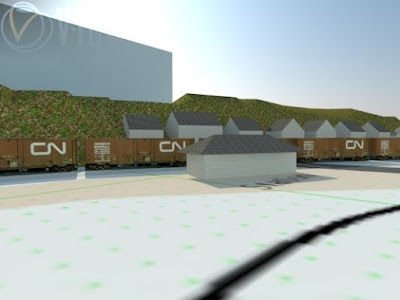 I know many local railfans thought it was idiotic move that would impede operation and fun. But let’s face it, we do have more fun right now. Better, going our own pace is now starting to pay off as scenery is covering the bare layout. Both Jérôme and Louis-Marie now take a lot of pride to see long consist running on single track mainline. All that wouldn’t have been possible in 2013. 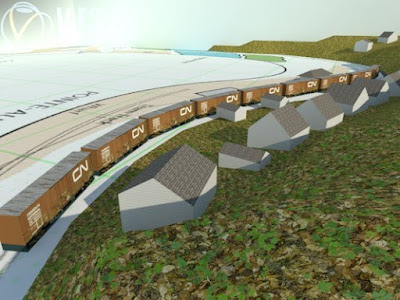 Sure, not everything is positive. If it was possible, I would rebuild the entire benchwork to stronger standards. We were lazy and tried to recycle everything we could from the old layout. Not a wise choice in the long term. We will have to address some issues over the time, but at least we are well aware of that and ready to take proactive measures. 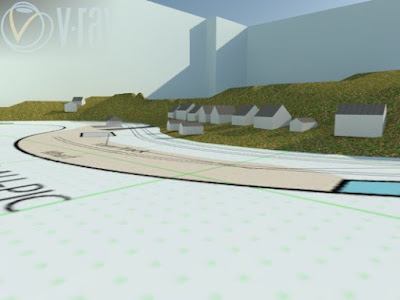 The peninsula was the reason were completely changed our approach and era, yet, it is still the weak link in the chain. So far, the idea to move the furnace someday makes more sense to me. This is a huge endeavour, but the prospects are really enthralling. 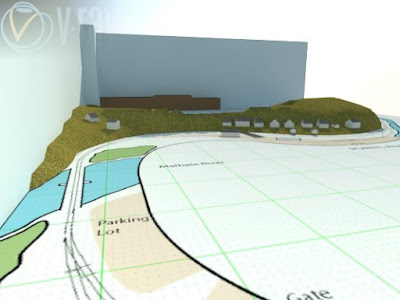 I made a quick SketchUp 3D model of this new approach to the peninsula. So far, it is promising. I feared scenes would make the layout look cluttered, but in fact, they look more naturally spaced than before. 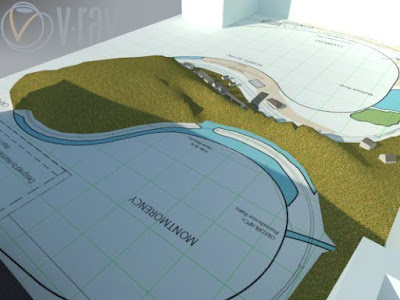 Pointe-au-Pic scene with the houses nested between the track and cliff find their place and offer a nice background to trains. The station building also acts as a gateway where you know you leave the mainline and enter industrial grounds over the bridge. 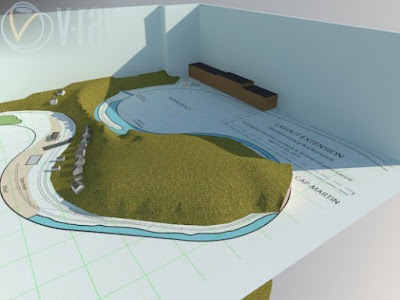 The longer run along the river also gives the impression the train is truly traveling distance before reaching its goal.

This is true in Pointe-au-Pic, but also in Montmorency. The longer shelf there helps to reproduce the Dominion Textile at almost full size. It ceases to be a generic industrial backdrop and develop as a truly huge plant that is a valuable rail customer. 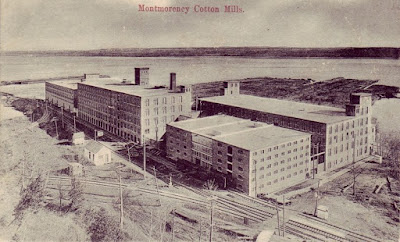 It is also possible to make the plant wider, which real enhance the appreciation of the structure. Lance Mindheim always stress how higher buildings must be several inches wide to looks decent on a layout and I must admit he’s right on that. 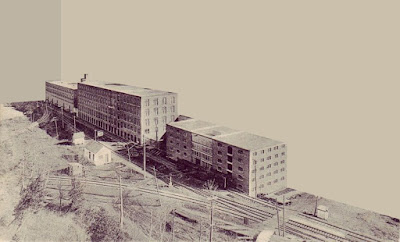 Now, will we move that path of rebuilding the peninsula? I don’t know. Until then, D’Estimauville and Villeneuve have priority. When they will be completed, it will be the good time to tackle this new challenge.

Posted by Matthieu Lachance at 5:21 PM