Yesterday was finally the occasion to test the new pair of kitbashed Atlas MLW RS18 in duty. Generally speaking, the performance was flawless from start to end. No loss of power, very low speed and such. Still, some decoder fine tuning is still required and I'll have to center the headlight LEDs which shifted while moving some internal part a few weeks ago. Also, the electronics required to removing a fair amount of weight in each unit, reducing their pulling power. Some wheel slipping was observed while using only one locomotive on a 14-car train. It was a trade off we were well aware of and, anyway, these locomotives will always run in pair.

Now, time to railfan this pair of locomotives while they pull a few trains over the CN Murray Bay Subdivision during a normal work day.

First, let's follow the train #522 running westward from Limoilou (Quebec City) to Donohue in Clermont. This train pulls empty newsprint boxcars, woodchip, kaolin slurry and acid. It is expected to make a stop at Montmorency Falls to spot a loaded cotton boxcar at Dominion Textile. There are rumours about the imminent plant closure by the end of the year and traffic is slowly dying there.

Today's engineer is Jérôme Langlois-Lavoie. The crew picked up their power - a pair of RS18, namely units 3681 and 3623 - on LimoilouYard engine track once leading to the now gone shop and turntable. 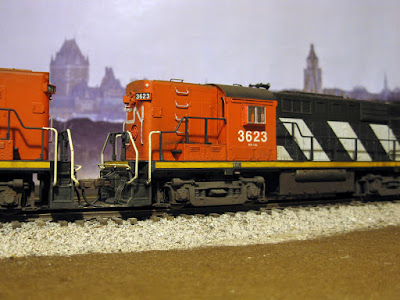 The locomotives quickly run through D'Estimauville station with their assigned caboose. They are expected to pick up their train on the siding near Domaine Maizerets. We were lucky enough to capture the pair crossing Rivière-aux-Taupins' bridge. 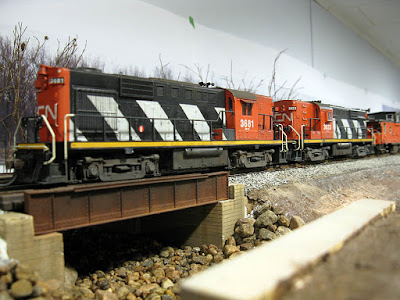 After leaving their caboose on the main, the motive power move further east up to D'Estimauville Avenue turnout to pick up the freight consist. 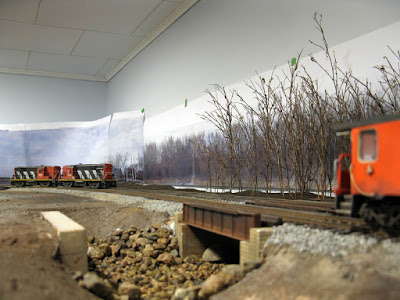 It was only a matter of time before 522 departing D'Estimauville reached Villeneuve. The small yard was empty and the engineer decided to speed up the train up to 25 mph as soon as he left the yard limit. I guess to driver's of this car was a little bit nervous when he found out the train was running faster than expected! Almost an accident in the making! Who can believe we are in 1985 and people are still taking chance agains the train! 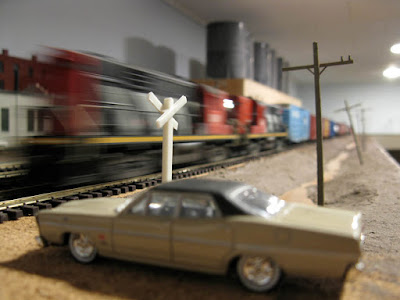 After this speed stunt, 522 slowly crawled through Montmorency Village until reaching the famous falls to leave a boxcar to Dominion Textile. The parking lot was quite empty for a Wednesday... the rumours about the plant closure could be true... 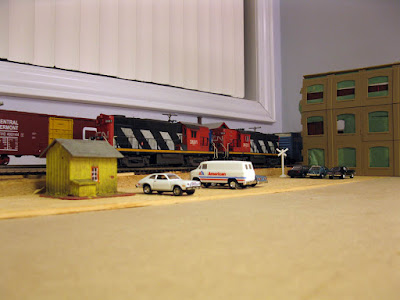 522 then continued its long travel accross the fertile meadows of Côte-de-Beaupré until reaching Les Caps and definitely entering Charlevoix. We got lucky enough to have a glimpse of the train serpenting along the dramatic cliffs at a very low speed. Accidents and landslides aren't unknown to this area. 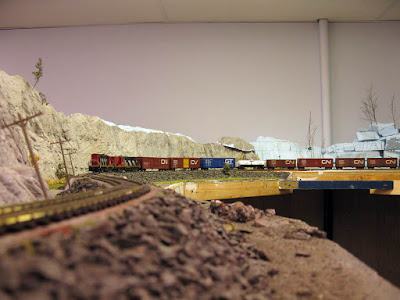 A few hours later 552 arrived in Clermont and left the cars in the yard before crossing the bridge over Malbaie River to pick up the outbound cars at Donohue paper mill. Their switcher is actually out of service and meanwhile CN is performing the time consuming task at the plant. 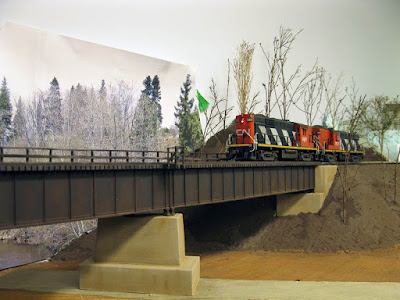 It's always a good thing to have some relatives working at the plant. Uncle Rosario was kind enough to get us permission to roam the plant property and take pictures of the locomotives. No way to know if such an occasion will happen in the future. 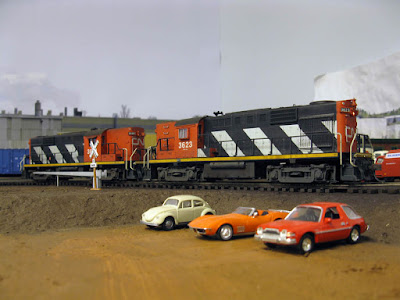 Here the pair of RS18 is running over the woodchip and tank cars sidings to pull out the empties. 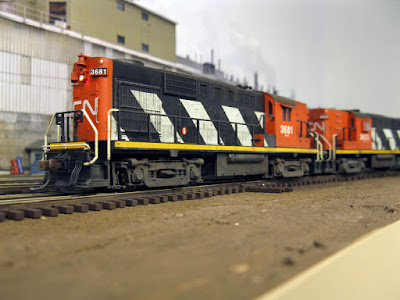 We were lucky enough to see a pair of kaolin covered hopper cars leased by JM Huber Corporation. They are fairly new visitors to Murray Bay Subdivision. Until recently, Donohue only received kaolin slurry in tank cars. 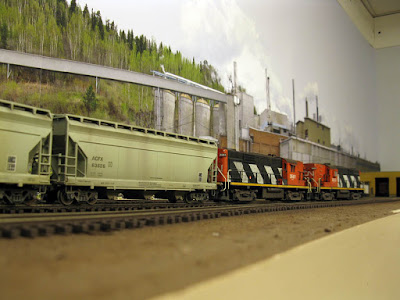 Later, the locomotives switched the newsprint warehouse to pull out the loaded cars. My uncle told me they would be delivered to the famous New York Times. Yes, that famous newspaper is printed on Donohue's finest product! 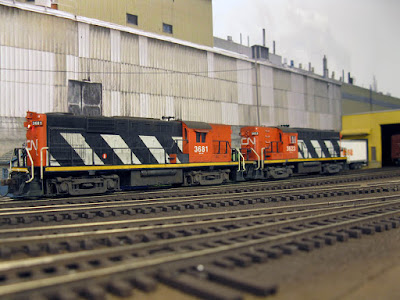 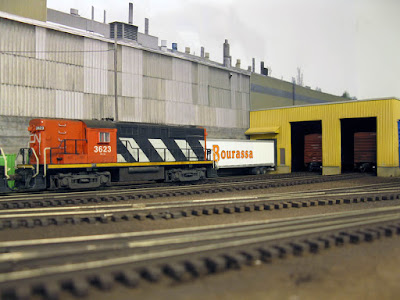 We left the property before the crew completed their task. It was now 3 PM and we had to go back to Quebec City before the supper. 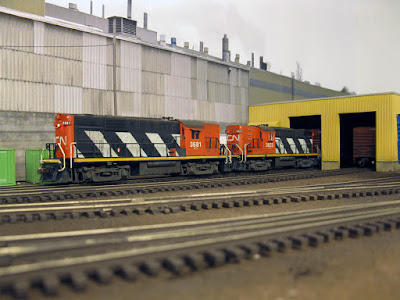 Posted by Matthieu Lachance at 11:00 AM