The Proto 1000 RS18 is now repainted, dullcoted and reassembled, ready to be weathered. 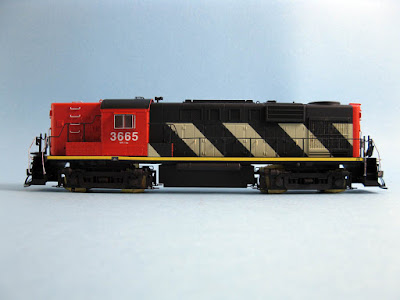 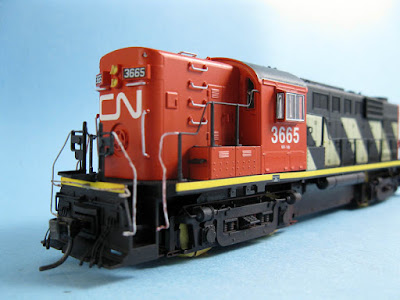 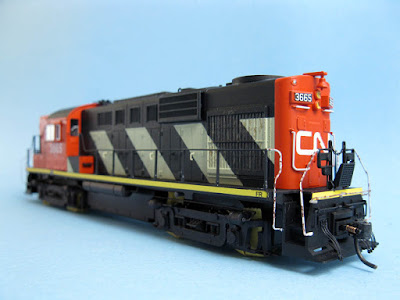 I feared the discrepancies between P1K and Atlas would be noticeable, but when lashed up into a consist, they looks great to together. 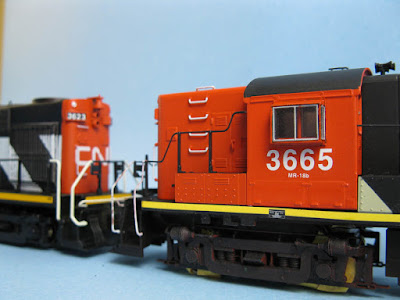 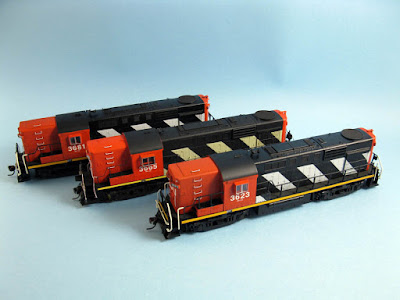 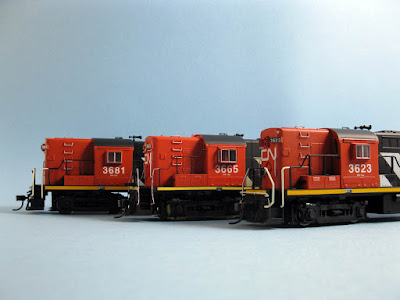 It must be noted that most freight trains on Murray Bay Subdivision in the late 70s were often pulled by three RS18. Both in Zebra or CN noodle scheme. I still have three Atlas model that are underway to become RS18 (noodle scheme), but I'm not in a hurry to complete them as I have enough on my plate for 2016.


A Merry Christmas and Peace to All Men of Good Will!!! Which is even truer in this bloody 2015 year.