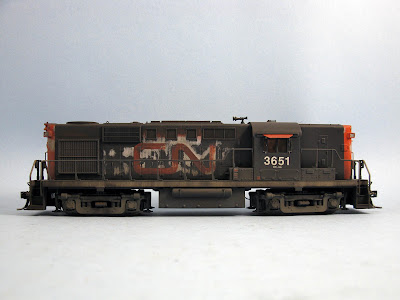 I've started weathering the new RS-18s, starting with a drastic fading paint effect often witnessed on CN MLW locomotives. According to Rob Arsenault on Canadian railway modellers groupe on Facebook, some shop employee told him they used to wash off oil using Varsol and caustic soda, which heavily eroded the paint as you can guess. Here's the prototype picture that inspired my work.

I started the weathering process by painting over the CN logo with oxyde red acrylic paint to imitate the primer underlaying the white paint. Then off white was used to represent the peeling paint on the hood. Some black was later added to subdue the effect according to prototype. The result was very stark and the locomotive was ready to get a light white acrylic wash to merge everything together and fade the paint. 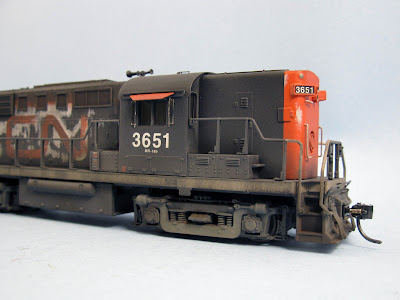 After sealing, a light wash of black oil paint was used to bring back details over the long hood. However, I didn't use the wash over the orange paint or cab. Instead, a wash of alcohol and India ink was use to add a severe layer of dirt over the ends and sill. The sill got later streaks made out of diluted black oil paint and several layer of dirty acrylic washes. Then, the model was again sealed and it was time to dirty up the model with weathering powder on the sill, stairs, pilots and grilles. Another coat of dullcote followed and other layers of dirt were added. Finally, the transparent plastic cab deflectors were glued on using Future floor finish and headlight lenses formed with Micro Kristal Klear (which will need a second application). 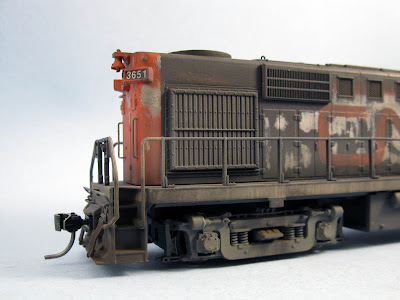 I'm relatively satisfied with the result but there is a lot of room for improvement. I may redo the roof to blacken it more and make it oily as it should. 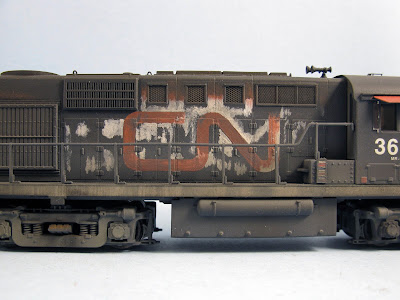 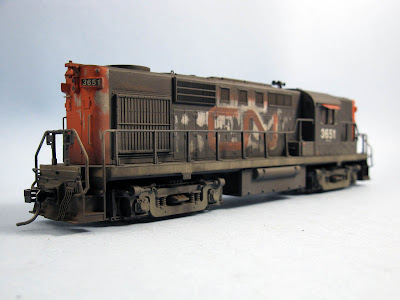 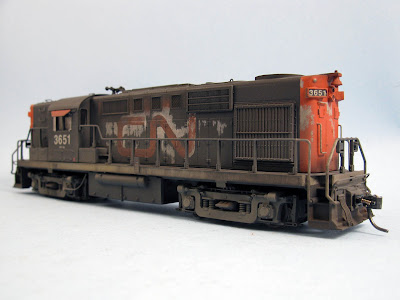 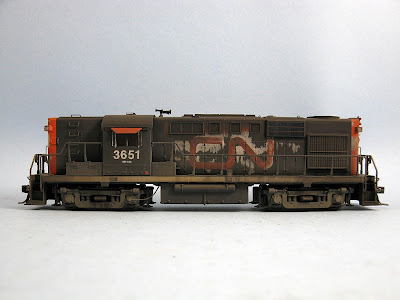 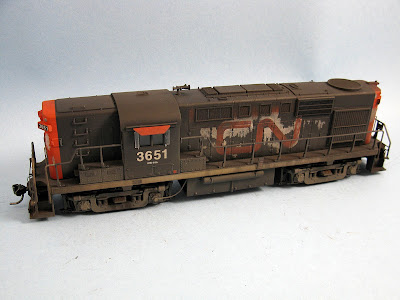 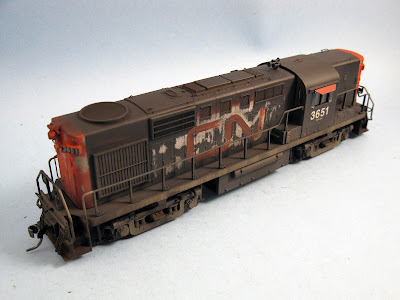 Posted by Matthieu Lachance at 9:38 PM