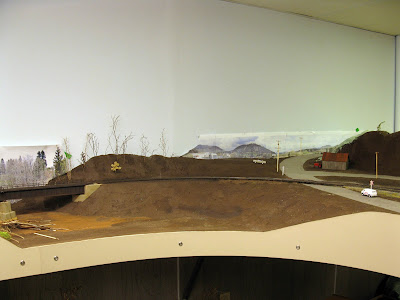 Yesterday was the perfect occasion to start scenicking the Rivière Malbaie west embankment. A few years ago, I took extensive pictures of that particular area, knowing it would be handy when building the layout. I sure was glad to have them on hands! 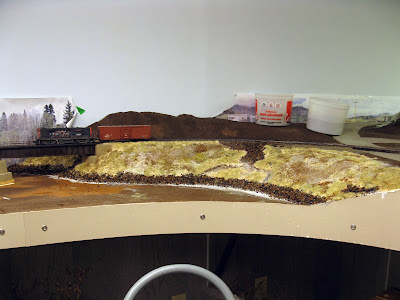 One thing that struck my mind was that a bank of the embankment was starting to slide into the river. You could se the patch of grass detaching from the upper part. To replicate this nice effect, I used universal mud and made a kind of rigde that would be left partially exposed when applying grass. 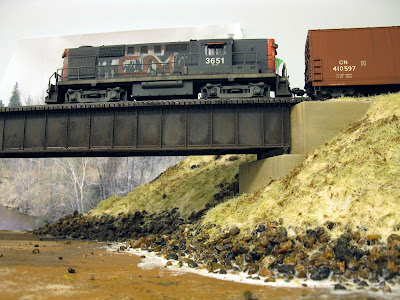 About grass, I used a different method. After looking at the pictures, it became clear the grass was dead on the periphery but alive in the middle. Using straw colored static grass, I simply applied it by hand on the pre-glued landscape. It didn't sprinkle it, but rather took chunks and pressed them down in the glue with my finger. When satisfied, longer green static grass was applied in the middle using the same technique. I also took care of adding patches of dead leaves, scenic foam and other scatter material. 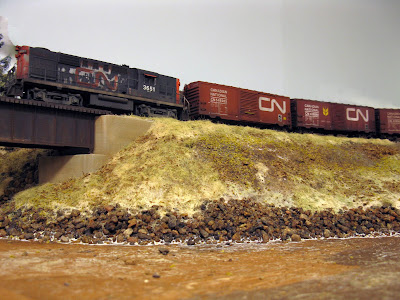 Since the embankment is prone to washout and small landslide, I left some brown scenic shell appear. On the prototype, you can see some exposed soil through the vegetation. I thought it would be neat to replicate. 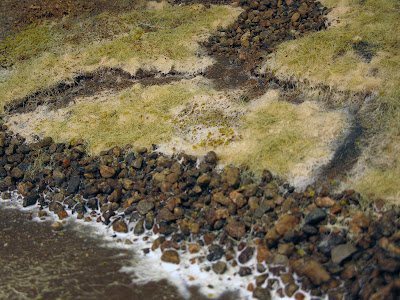 Also, where the landslide is modelled, I placed fresh rip rap on the upper portion as if the railway had started to take measure to stabilized the roadbed. Bythe way, this is conveniently located in from of the turnout so no vegetation will be a hindrance when operating the switch. 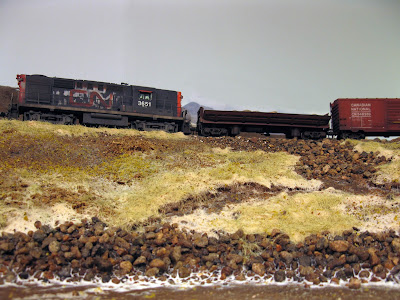 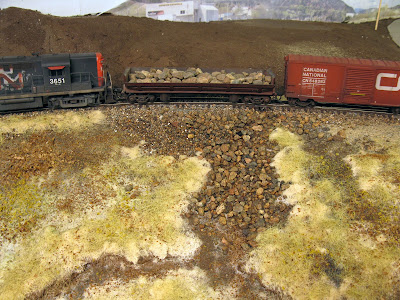 I can't wait to see this scene completed with trees! 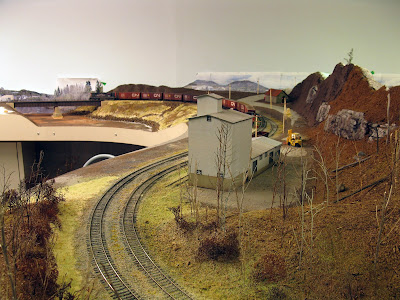 Posted by Matthieu Lachance at 10:58 AM