Mainline is back in service. The last stretches of flextrack were laid yesterday, completing the staging. Also, Ciment St-Laurent trackage is now starting to take shape and the unloading pit for coal and gypsum is now in place. So far, only 28 feet of tracks need to be laid and this part of the layout will be completed.


It's been a real long time since the entire layout was functional and it's great! 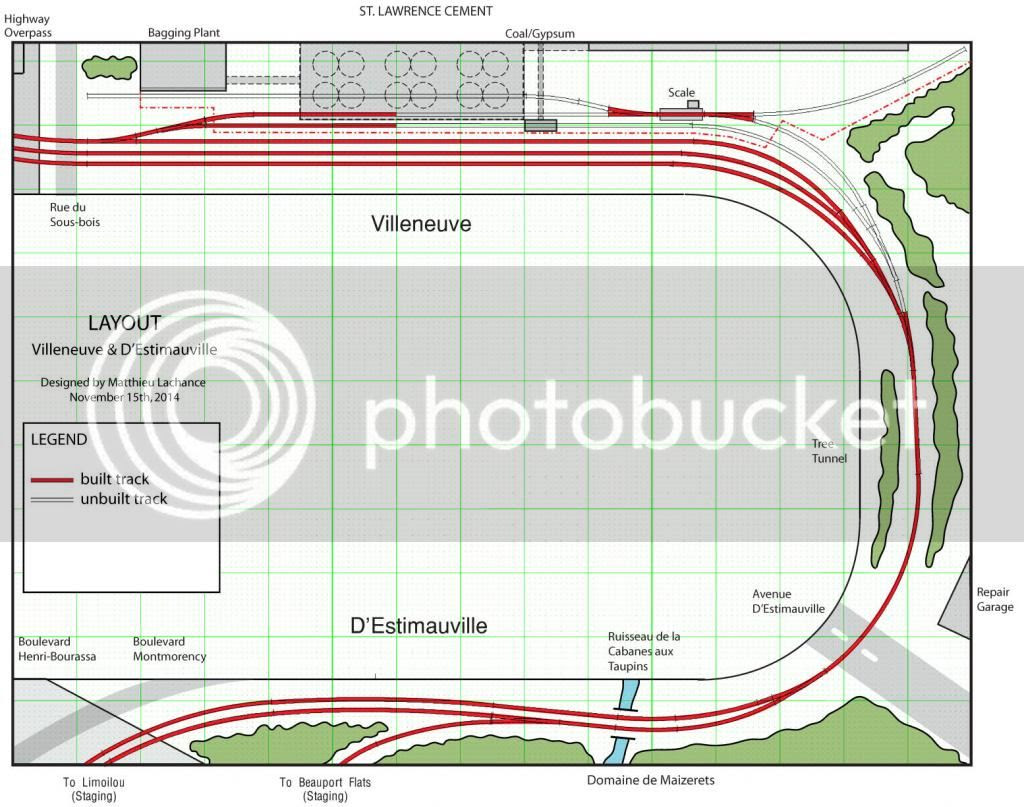 Also, you remember my posts about equated tonnage rating for locomotive and adding weight to freight cars? We moved some trains yesterday and it became extremely clear a train would stall if you didn't add the suitable motive power. You could really sense the locomotives were trying to move heavy railcars, making everything more realistic. Also, if you were able to move a long train with one engine in Villeneuve, it didn't mean it would be enough to handle the serious curves in Murray Bay. Once again, physic laws were well scaled down by adding weight in cars.

It was also evident the small Bachmann GE 45-ton will be a little bit weight in the cabs to be able to put a typical 6 cement cars consist.

Moving trains over Hedley-Junction layout is now longer a matter of playing with toys but rather a matter of moving freight cars with optimal efficiency.

Sorry, no picture this week, I forgot my camera at home...
Posted by Matthieu Lachance at 8:19 AM