The staging saga nears its end as the mainline progresses. I seriously downsized my ambitions since the last meeting. Some tructural changes would have been needed, taking a lot of time with little reward. I wasn’t interested in making the staging into a reversing loop, but I’ll have to live with it. The current configuration can hold to staged trains completely hidden and minimum radius is about 22”, which is similar to our “old standard” Charlevoix peninsula. Not perfect, but at least, easy to build and operate. In fact, it is probably the best option out there for this area. My only fear is that could be used as an argument to keep Clermont’s returning loop which is a real operation killer.

Construction should standard this week… I hope. 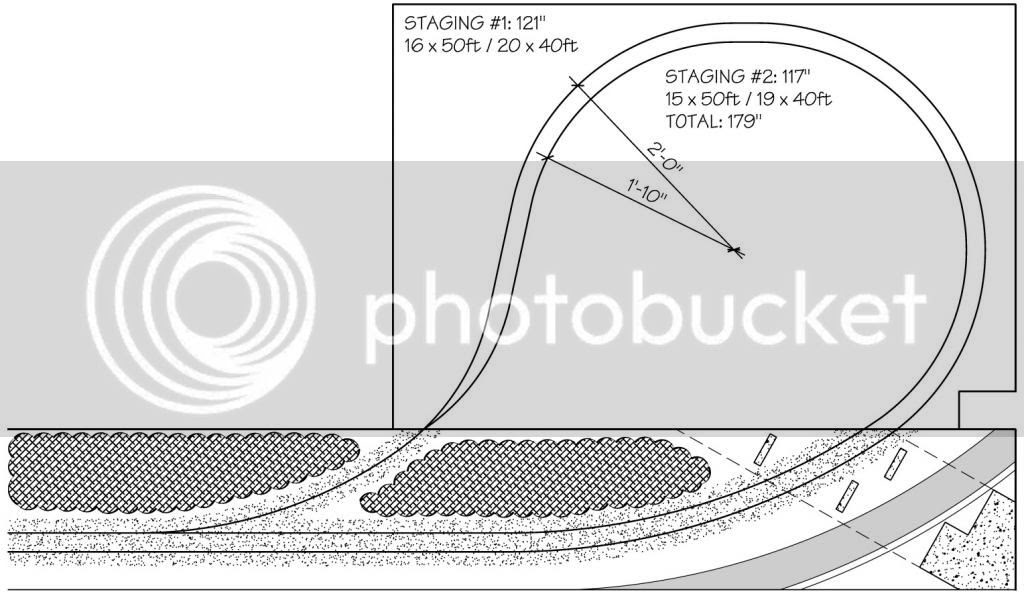 I also got some new interesting information about operations at Villeneuve in the mid-60s. There was 3 coal trains per week and 1 gypsum train per week (about 7- cars). Yes, this is about 2 decades too early for our era which is now firmly setting somewhere near 1985.  But, let’s face it, information about this plant is scarce and I prefer to use this old data.

I also almost completed my 12-car gypsum hopper fleet. Some final chalk weathering to be done and they should be ready. I’m also experimenting with gypsum carload. Not as easy as I initially thought. I’ll also have to modernize 3 other Accurail hoppers for gypsum service. Those have the pre-1960 CN small lettering scheme and wrong car numbers. Also, consolidated lube data and ACI label are missing.

Also, I'm starting to think Intermountain Procor pressure hoppers are too frail to be sent by mail. For the third time, I received one with ends badly smashed while the box and packaging was perfectly OK. I suspect the cars aren't secured enough into Intermountain's box and car move back and forward. Really disappointing when you know the price detailed cars cost nowadays. Some will need a serious rebuilding and more weight.

By the way, I finally found stick-on lead wheel weights at my local auto parts shop. Wow... Very easy to use and stick to almost anything. I started to upgrade the True Line slabside hoppers fleet and they now weight 10 oz each.
Posted by Matthieu Lachance at 8:32 AM