Yesterday was a very productive day. We can say about 60% of track have been laid in Quebec City Area. Only some tracks in staging remaing to be spiked and the cement plant. In fact, we lacked track and a new order was placed today. 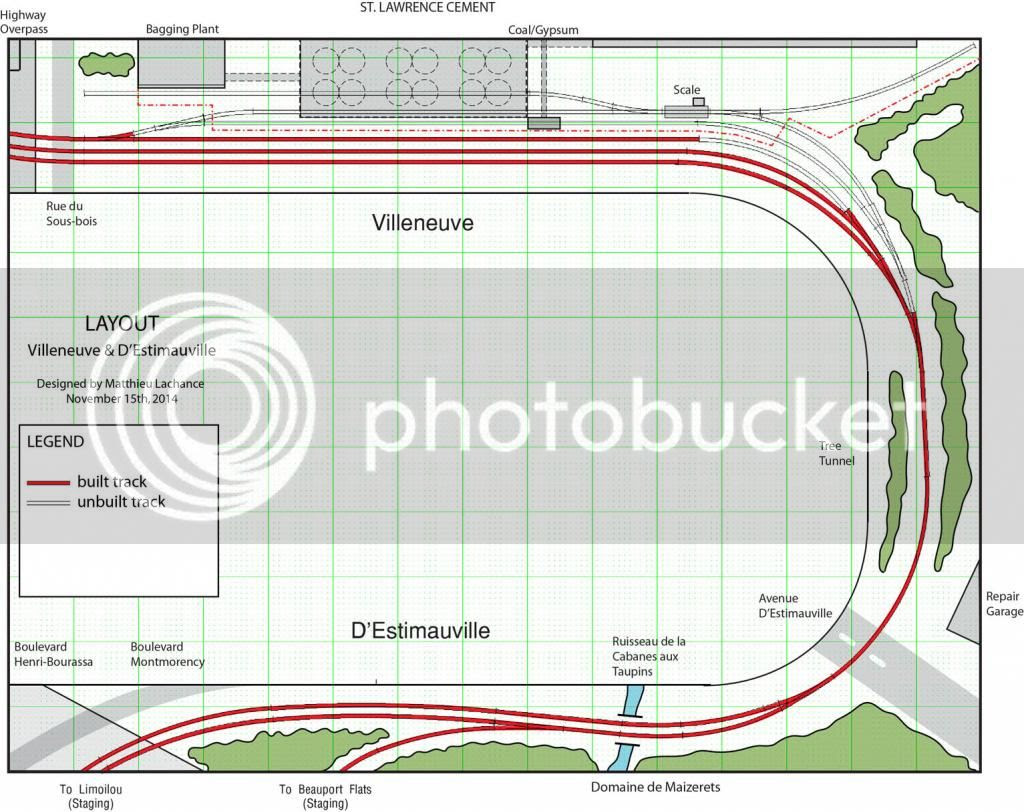 In the afternoon, we went back to Maizerets to get more dried weeds. They will be needed to forest Domain Maizerets later. Once again, the place was infested with ducks. We counted more than a hundred of them near the railway bridge. At some point, they climbed the river bank and followed a youg kid they probably thought had food. 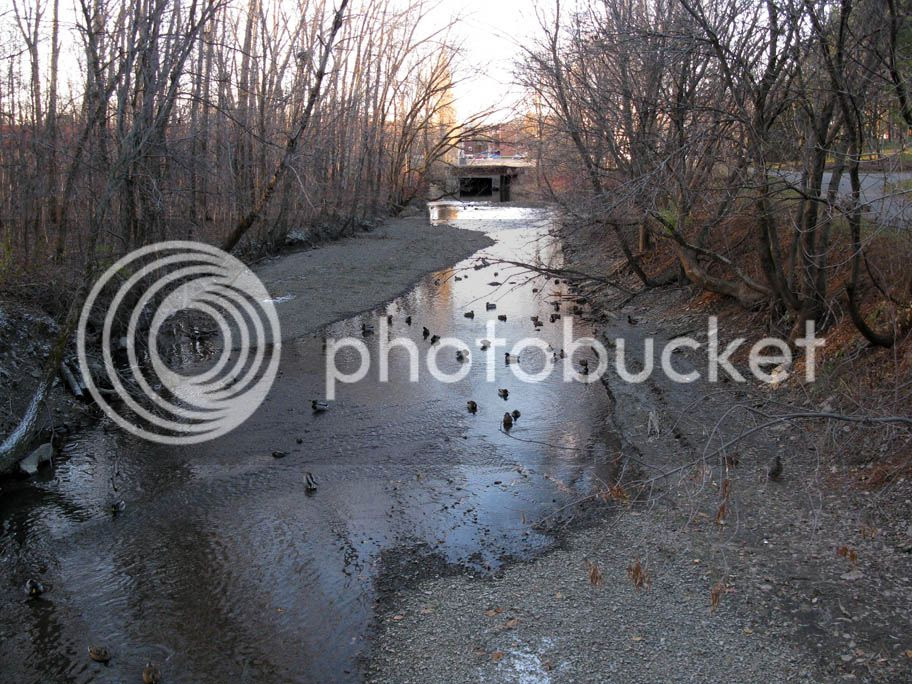 Back home, we started to lay track in the staging. Last week, it was evident trying to get smooth flowing transition curves would be quite a challenge. Jérôme suggested we print the track plan full scale and pin it on the benchwork. 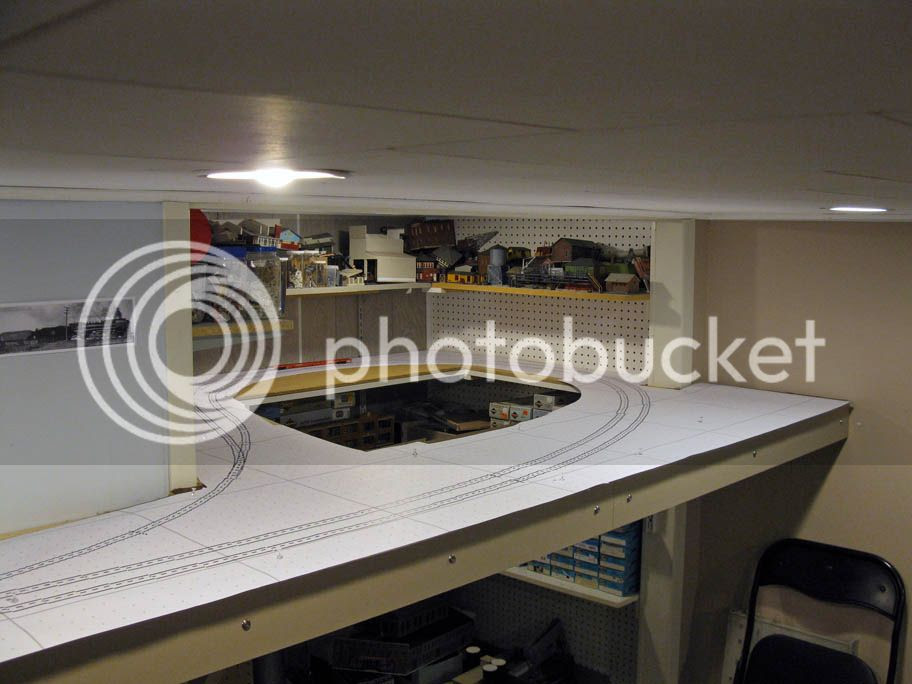 Cork strips were nailed down over the track plan. XtrackCAD have an option to indicate centerline, which was useful to pin down the cork. This job was over quickly. Using an hobby knife, we trimmed the excess paper. 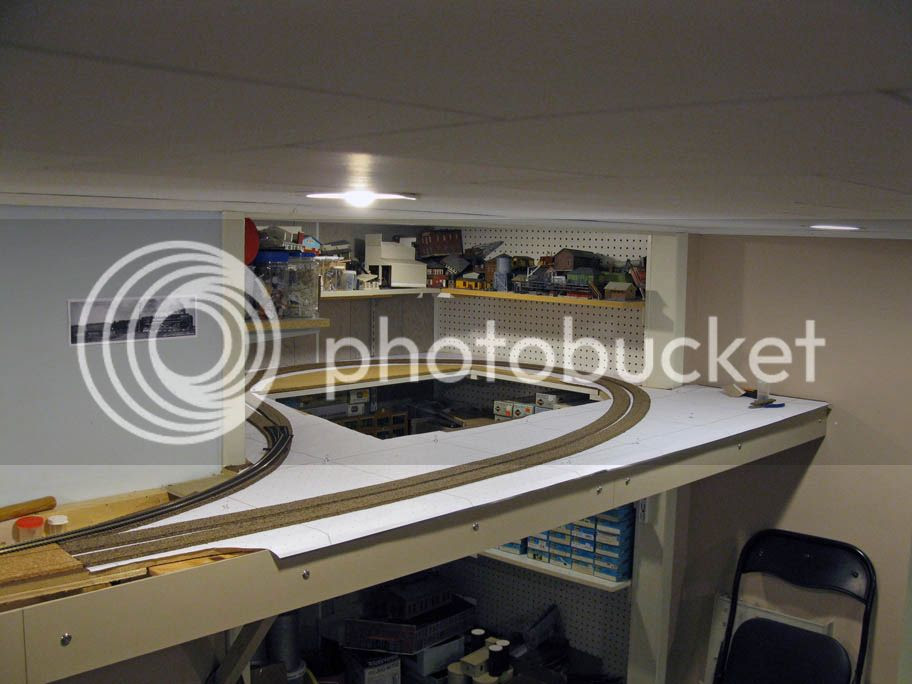 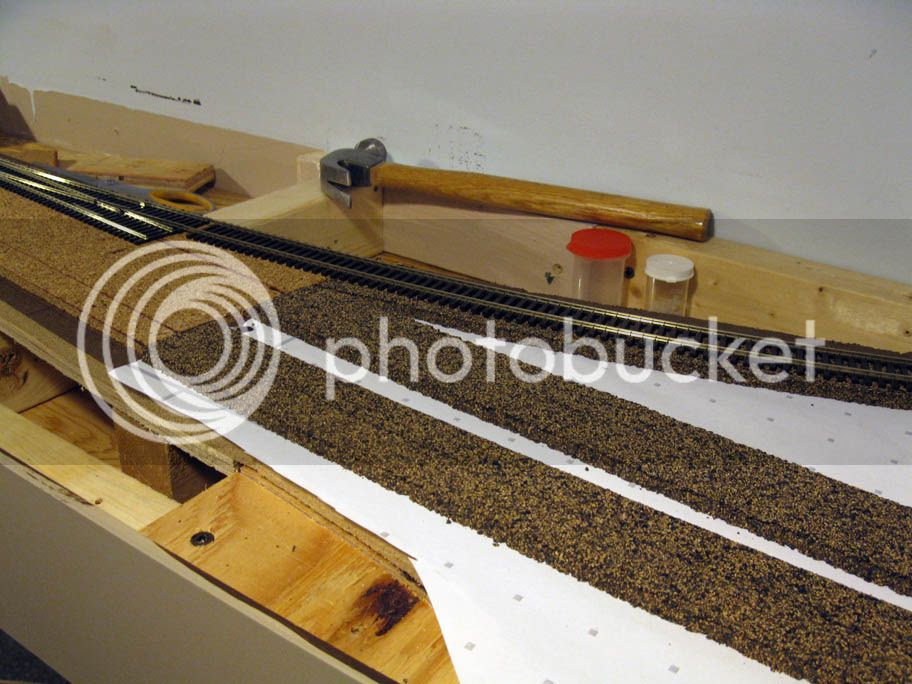 Finally, laying track ended up being almost a child play. 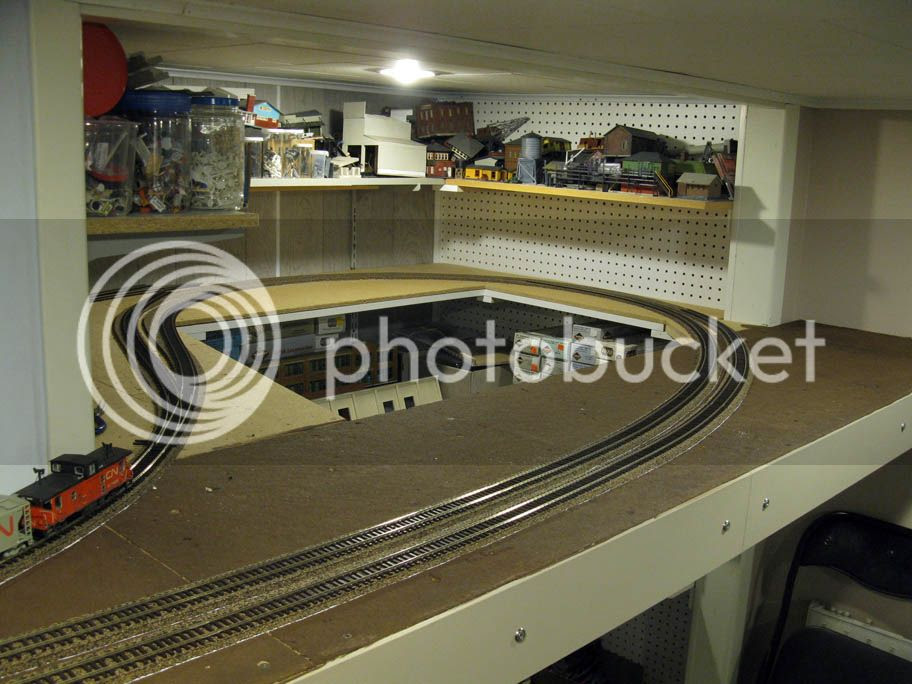 Very large and smooth curves were obtain. This gives a much more realistic look the track work and it is more prototypical to Maizerets, which is nothing but a very broad curved pair of parallel tracks. The smaller visible radius is now 30 inches over a very short stretch that lead to Beauport Flats. 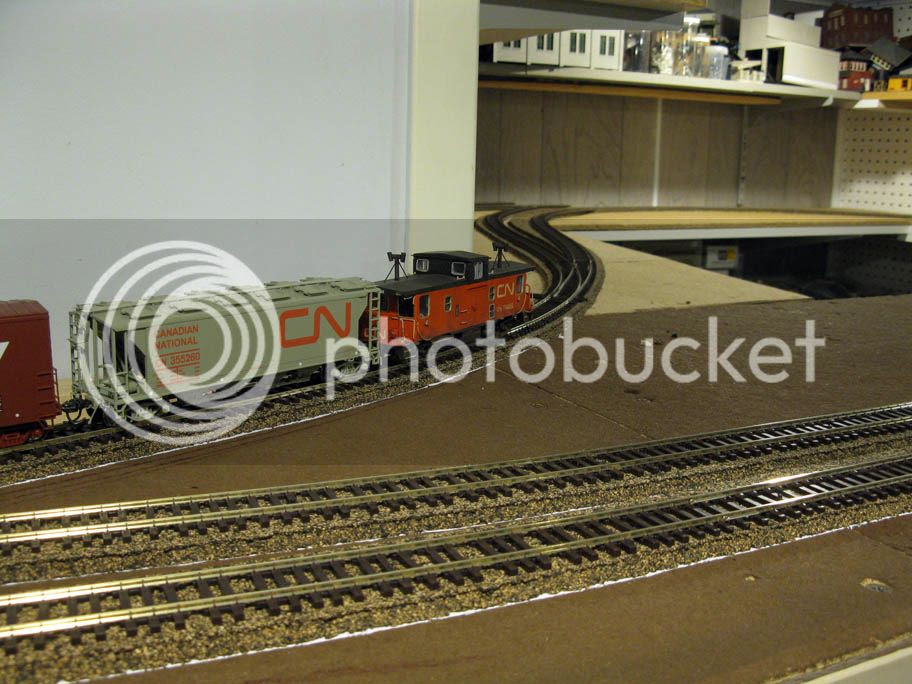 We've got some alignement problem at the railway bridge. It seems it wasn't installed correctly and track will need to be shimmed. Nothing to be seriously concerned and it is barely noticeable. 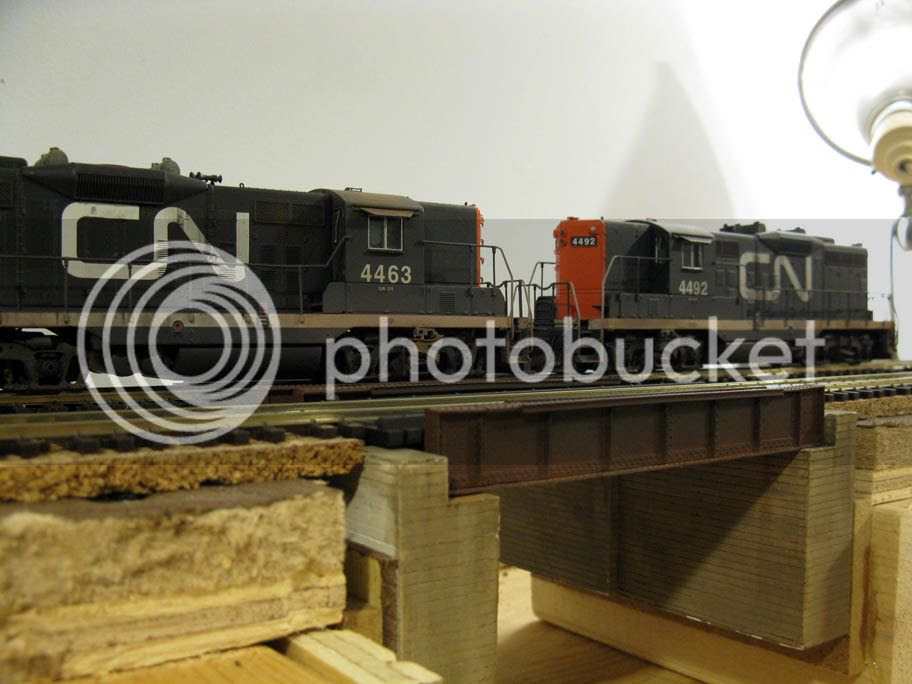 Finally, Louis-Marie came out with a neat idea to add devices to the fascia without altering it. I find it much more elegant and less likely to be a future liability. 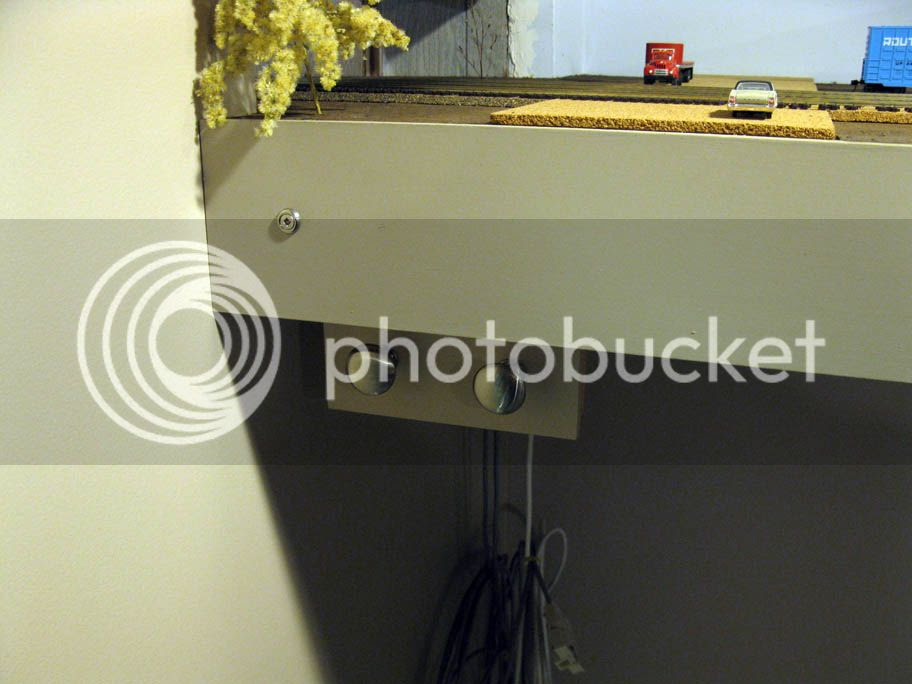 During our proverbial railfanning at the end of any building session, we followed train 524 pulling empty cement hoppers en route to Villeneuve.

Posted by Matthieu Lachance at 11:22 AM