Gypsum is an ingredient to Portland cement. Ciment St-Laurent used to receive about 7 gypsum hoppers from Nova Scotia once per week. 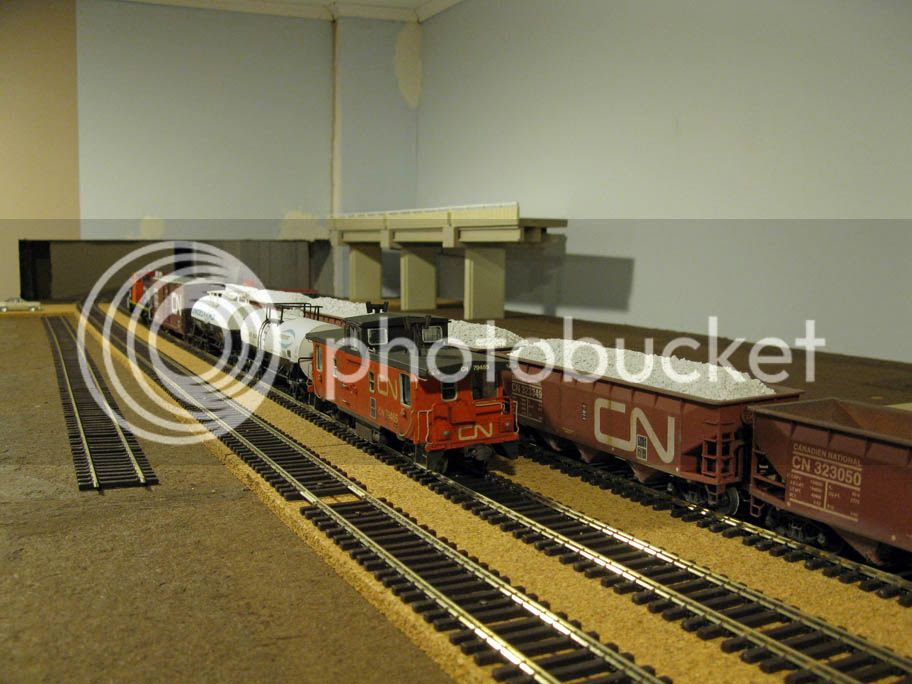 Though the stock model is quite accurate from a CN perspective, I added the ACI labels and consolidated lube stencils on every model. 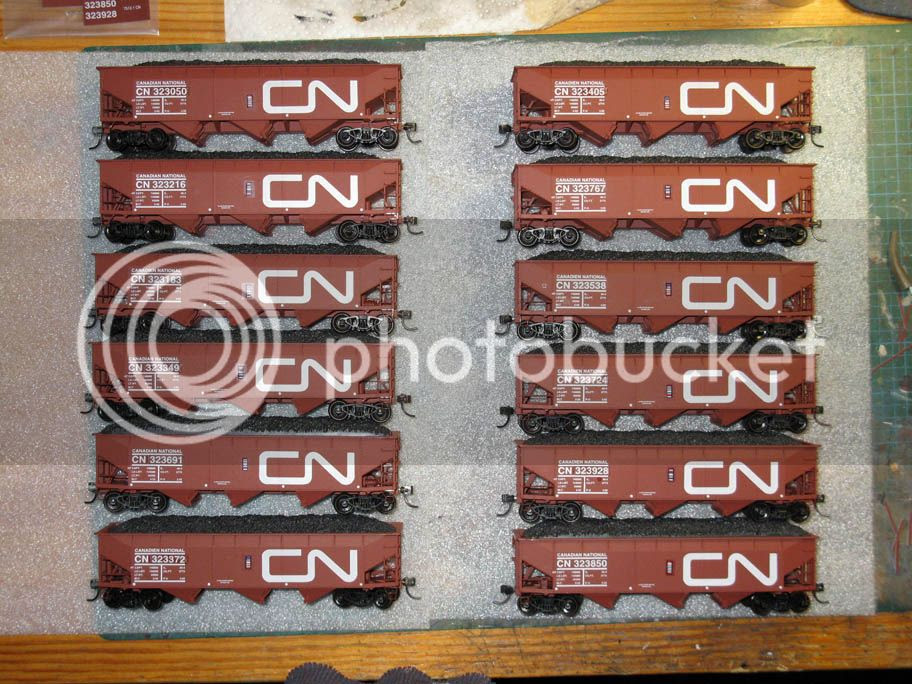 I started weathering the interior. Gypsum loads weather cars in a particular fashion so I decided to reproduce that. I sprayed in one session 3 colors: Krylon Camouflage Brown, Krylon White Primer and Krylon Brown Primer. The first step was to spray Camouflage Brown inside the car to get a dark rusted metal look. Then, I misted the car's bottom with White Primer. Finally, I misted the upper part of the car with Red Primer to represented freshly rusted iron. 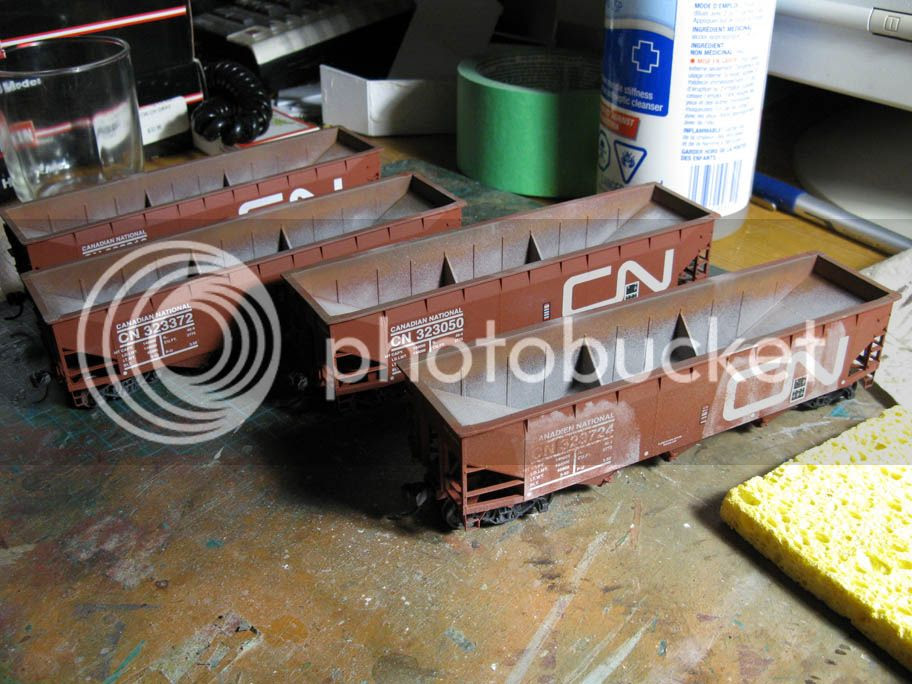 The second step was done using Tamiya weathering powders. In fact, it isn't powder at all, but much more like make up. The dark gray looks like grimy dust. This color was applied on the car's top to illustrate wear. I also feathered this color into the previous Brown Primer coat. The third step was done with pastel chalks. White chalk was used to dust the White Primer color and feather it with the Brown Primer. It really improved the looks. Finally, rust brown chalk was applied between White and Red Primer to mimick the fresh rust accumulating just on top of the gypsum load. 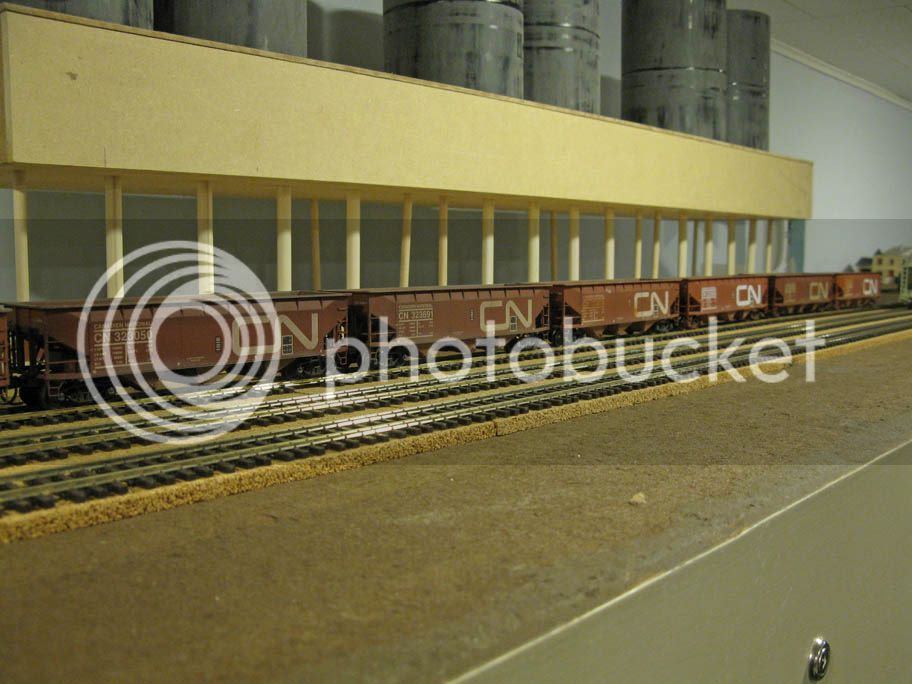 Exterior weathering was a standard mix of acrylic fading washes, oil paint washes, chalks and Tamiya weathering stuff to represent wear on the lower body. I gave a particular attention to the fading wash to make sure every car was done with a slightly different colors. The goal was to get a realistic color variation between cars. Except when freshly painted, most cars develop their own weathering. I also kept 2 pristine cars to represent repainted cars. 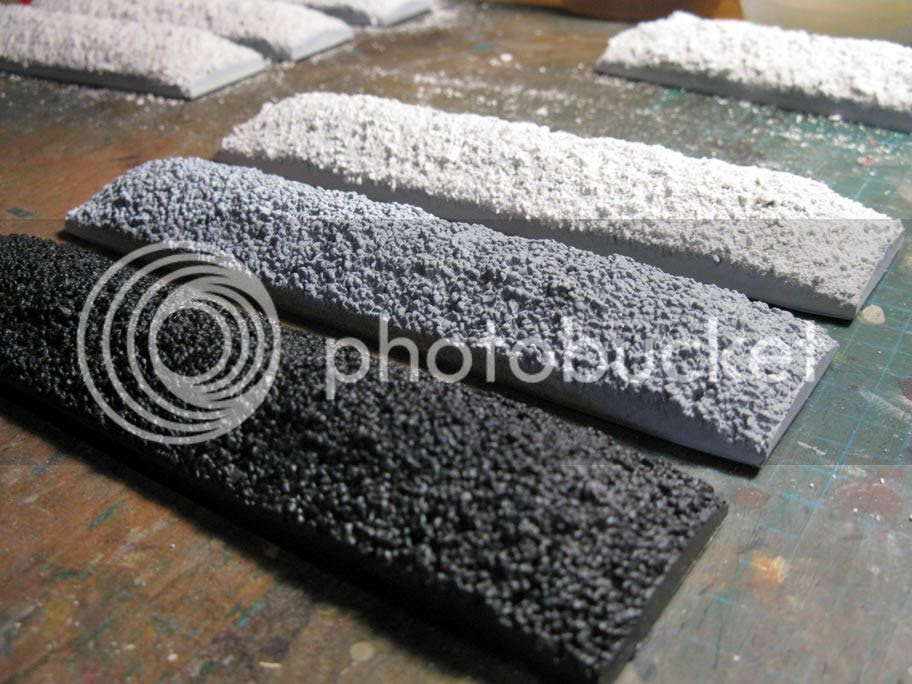 Gypsum loads are standard Accurail 40ft coal loads. I primed them in white, applied a generous coat of white glue and sprinkled real crushed plaster. Looks almost like the reala thing, however, crushed plaster doesn't stick well to glue and I'll have to think about a way to keep it in place.
Posted by Matthieu Lachance at 7:44 AM