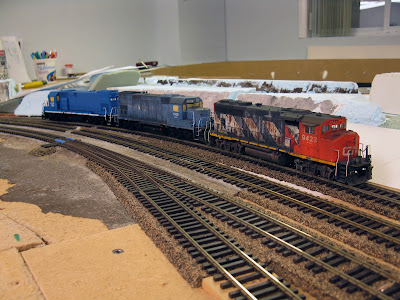 Slowly the CFC locomotive lashup is taking shape. This roster of engines was used between 2002 and 2011 until freight service was definitely put on hiatus. 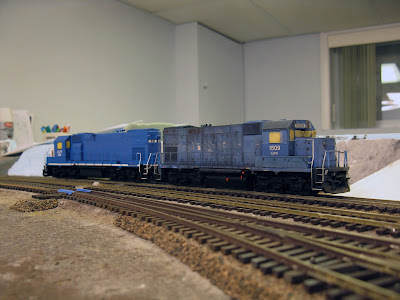 So far, GP40-2W is completely done while LLPX 1509 has decoder installed and weathering almost completed (still have to install rock lights). LLPX 1510 will soon receive its decoder and once done, layout operation will resume. 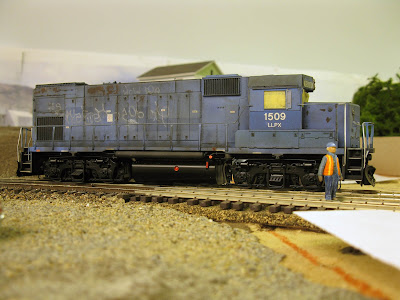 I'm quite satisfied with LLPX1509 weathering. While I believe I went somewhat too far with color shitfing, I believe the level of dirty and paint defects is consistent with the prototype. Drawing the grafitti was a little bit tedious because I wanted it to be an exact replica. Later, when I weathered over it, it almost disappeared and it was required to redraw it yet again. Live and learn!

Posted by Matthieu Lachance at 10:08 AM