Last weekend, Louis-Marie and I focussed our efforts reshaping the blue styrofoam hill in Clermont. In this particular spot, the cliff is extremely (read unrealistically) abrupt and unsuitable for planting trees. 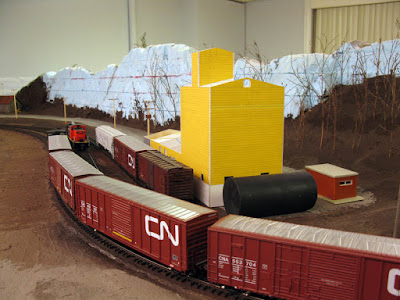 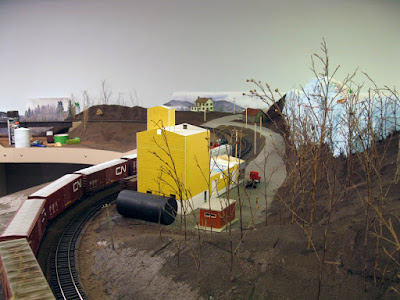 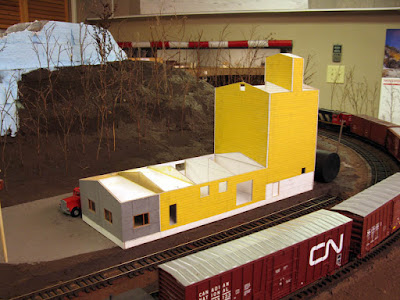 To make a suitable landscape for the future scenic elements, we sliced the cliff in half keeping the rock face on one side and oblitarating the one on Clermont side. Our goal was to replace the blue foam with a less steeper green floral foam hillside. 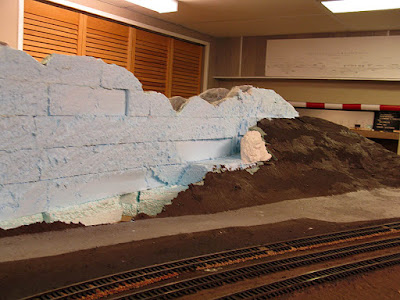 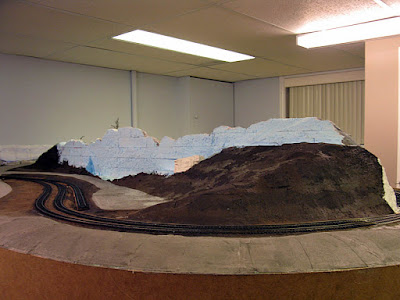 As always, universal mud and latex paint were used to put merged the foam patchwork together. 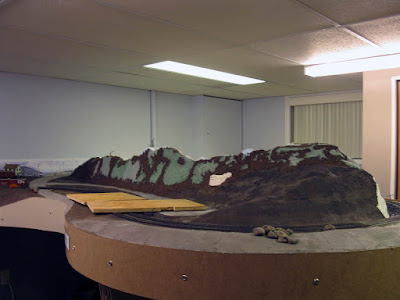 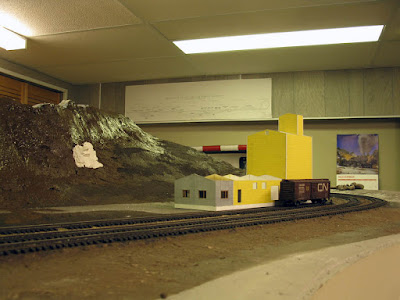 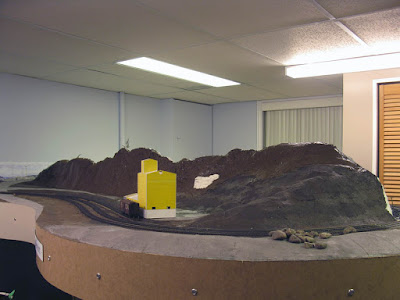 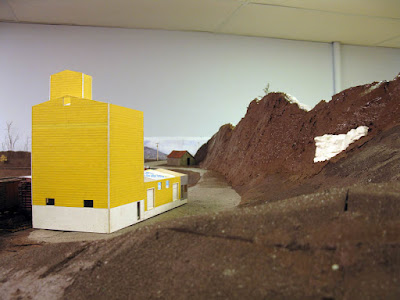 I must admit I have some doubt about the new cliff. While it's supposedly more realistic, I feel the original rock face merging with the medium forested slope looked better. Who would have thought the original crude setting was better! We even tried to insert a plaster rock face in the hillside, but I'm far to be convinced.


For this reason, I casted several plaster rocks so we can see how we will restore the scenery. Don't get me wrong. The original foam cliff was absolutely ridiculous. But it's also the case with the green foam one. It why I think the solution is a compromise between both option: part rock and part forested hillside.

For the sake of comparison, here are two shots of the same area before and after the scenic surgery. What are your thoughts about it?
Posted by Matthieu Lachance at 9:00 PM