More progress on the farmhouse today. I've added the "summer kitchen" to the main house and instead of a concrete foundation, I opted for a structure resting on piles. Salvaged roofing from the Pola/Kibri feedmill was used to created a steel screen hiding the building piles as was common in the 1970s. Also, the clapboard siding was notched on corners to look like a ColorLok siding without corner trims. Lots of work, but really pays off in the end. 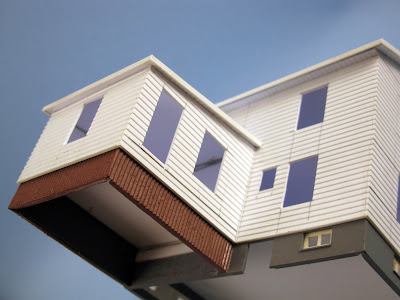 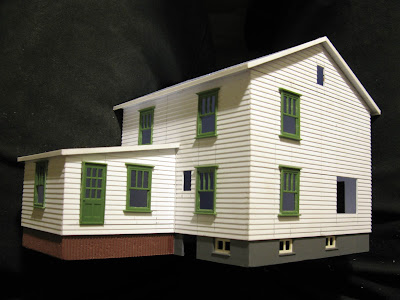 A lot of bracing was added inside the roof to prevent warping. It also made gluing easier. As I often advocate, I installed soffites and fascias. These little details really bring to life mundane structure like no ones. And they aren't that hard to implement, even on plastic kit models from well-known manufacturers. 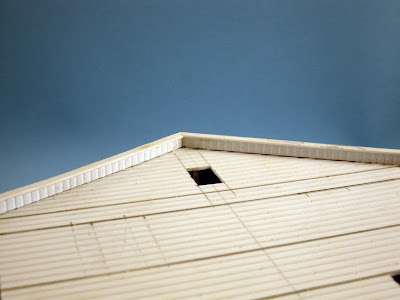 I'm quite happy how this little project is turning out. I thought about adding a veranda on the main facade, but decided to build a long wood galery as often seen on such houses. Another wood galery and a staircase will lead to the summer kitchen later. 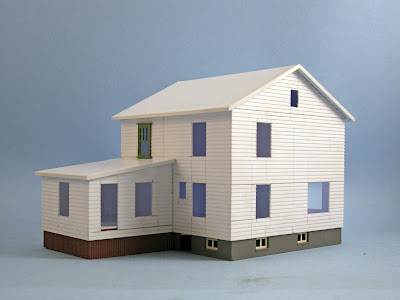 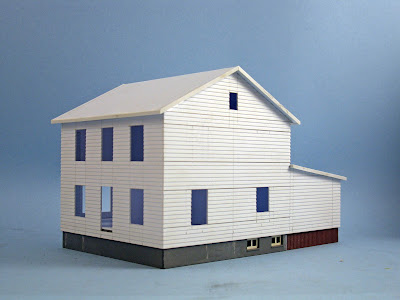 The model is almost ready for paint. The last detail to add before painting will be a Hydro electric meter which is another one of my favorite small details. I'm also on the fence about addind a heating oil reservoir by the house. I'll see later when I'll place the structure on the layout.
Posted by Matthieu Lachance at 3:43 PM