The next and last structure to build in Clermont is the little farmhouse on the hill. While an extremely mundane building, I spent a few houses browsing archive pictures of houses in Charlevoix.

I set my choice on a very common prototype found in the area which is a two storey high hosue with a low pitched roof. These were extremely popular in the late 19th and early 20th centuries. Often, is was a typical colonization house that got a second storey later on for additional space, but sometimes they were built like this from start. 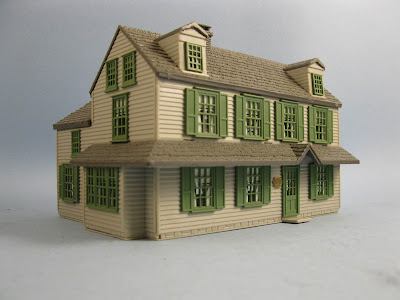 Before starting the project, I needed some supplies, so I decided to salvage everything I could from the plastic kit house that I used for many months as a mockup. 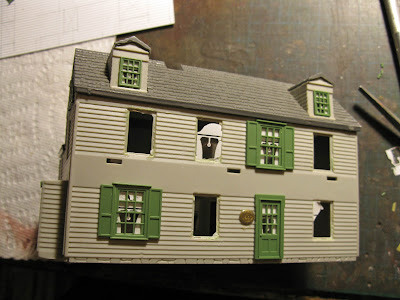 After a while, I decided to reuse all the windows albeit a significant modification to the mullions and removal of the shutters. During the first half of 20th century, sash windows started to spread in the Quebec countryside. A very common model had a single glass pane in the bottom and three vertical glass panes in the upper part. I went with that very common design to ensure it will fit the ear and locale. 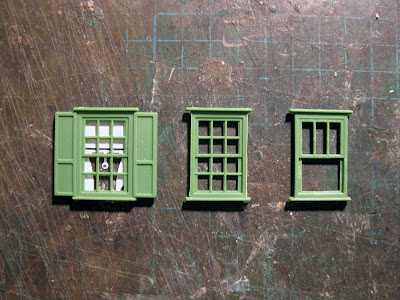 The walls are built with an Evergreen styrene clapboard sheet. It was easy to cut every part to size and glue them together. A lot of internal bracing was added to prevent warping. In this case, I reproduced a typical partition layout to make sure it couldn't be possible to see through the building which would looks quite bad. 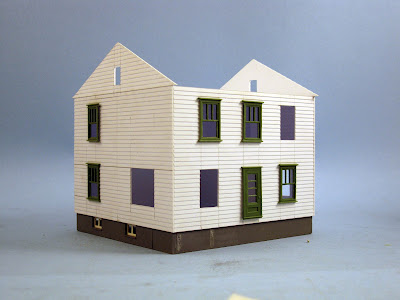 The foundation and its windows are salvaged from the Pola/Kibri feedmill I destroyed two weeks ago. While I trashed most of the parts, I kept the doors, the foundation and roofing. You never know when you'll need such things for a project. The basement windows fit perfectly the bill and I added a very small access door on the rear wall. 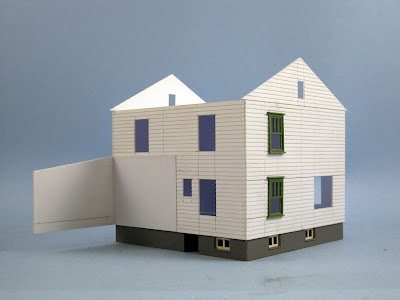 I hope to finish this structure before next Friday, but I'll be a little bit more realistic and won't make it a serious deadline.

By the way, work is progressing again on the MLW M420. I just need to decal the snow plow and rear pilot and I'll be able to weather it.
Posted by Matthieu Lachance at 8:52 PM