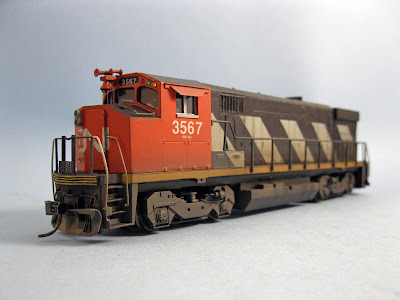 Back in 1987, I wanted a M420. I didn't know what it was, but I sure wanted it and when my parents bought me a trainset, I knew it was plain wrong. Later, my father gave me his own trainset with a zebra-scheme GP38-2. He assured me it was the same locomotive running on the mainline crossing our village. He couldn't fool my 7 years old eyes. It was plain wrong. 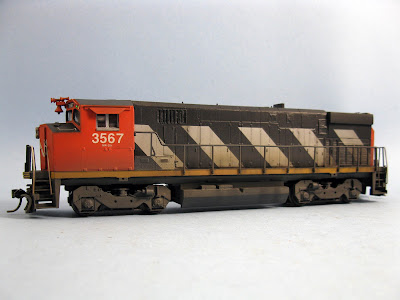 Then, after finding an old 1974 RMC issue in a bookstore located in Saint-Sauveur-des-Monts in Quebec, I discovered the locomotive of my childhood, which was incidentally a MLW M420 which could be considered as the last "true" ALCO and MLW locomotives. 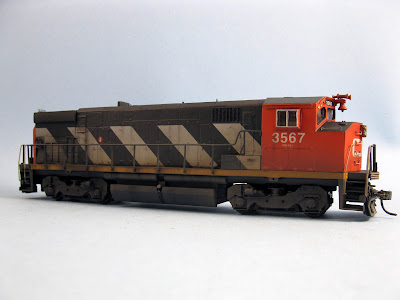 In college, I found out Atlas made a decent C424 which could be used as a starting point to build a M420. I tried hard but my skills weren't great back then and the project utterly failed even if it reached a decent point. 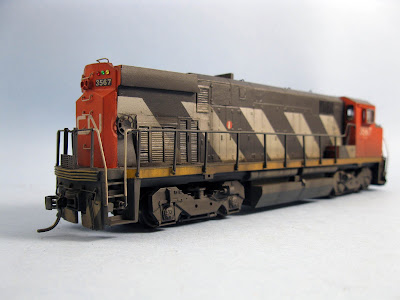 Then, a few years ago, I bought an Atlas C424 equipped with a Loksound decoder. It was a great locomotive, but I had absolutely no purpose for it. At the same time, I contacted Jason Shron from Rapido Trains to pester him about making a M420. Since then, their company put many locomotives on the market, even a bus, but didn't care to reproducing a truly iconic Canadian engine that caught the attention of a generation... instead proposing a Confederation-themed passenger consist nobody cared! Rumors also say Bowser is interested in the prototype. I've heard it countless times over the year, never to see any credible confirmation to this claim except for a vague proposition from Bowser. This is why I decided to build kitbash this locomotive and to trigger the good rule that when you kitbash or scratchbuild something, it is bound to be mass-produced or announced in a matter of months after completion! 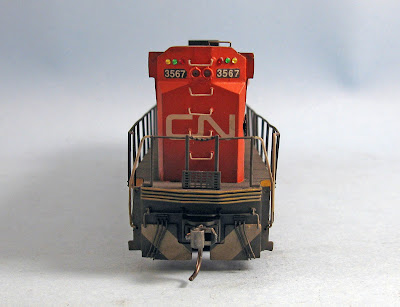 So here's my version of the famous MLW M420. Sure, it has the general appearance right, but I'm well-aware most rivet counters will have a good time listings the many shortcomings of my rendition. But to my defense, I know all the wrongs I did when building it. Never I tried to achieve full accuracy, it would have been impossible given the material I used as a starting point. However, I'm better off with this foobie on the layout that pretending an Athearn GP40-2W can play the part or that I can forgive the weird cab Atlas put on the same engine. 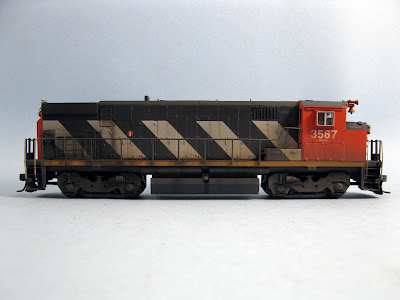 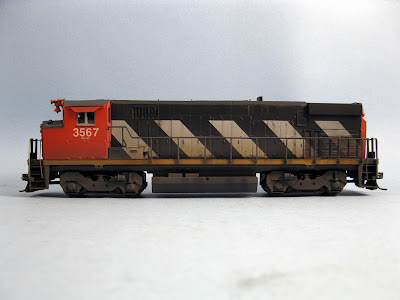 Given the framework within which this project was made, it enters the category "good enough". That may sounds lazy coming from me, but I'm not going to invest several hundreds dollars into a nice Kaslo resin kit or a brass import when I know my model is actually going to trigger the mass production of a mind-numbing and state-of-the-art plastic model! Yes, I'm trolling the manufacturers and I hope they'll get angry and back to their drawing boards because I'm ready "to own the fleet"! 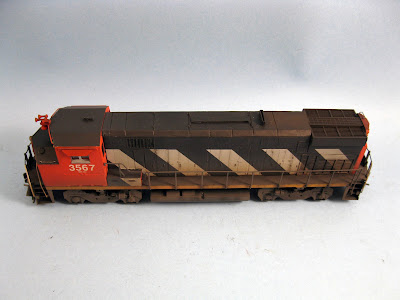 Posted by Matthieu Lachance at 2:58 PM